More than a hundred years after his death, fans of Antonín Dvořák have a chance to hear a new piece by one of the greatest Czech composers. An artificial intelligence programme called AIVA recently completed a fragment of his piano composition in E-minor. It was recorded by the acclaimed Czech pianist Ivo Kahánek. 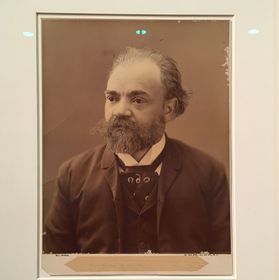 Antonín Dvořák, photo: Ian Willoughby After analysing all of Antonín Dvořák’s 115 opuses, AIVA, the artificial intelligence programme, subsequently composed the remaining part of his unfinished piece for piano. AIVA will now continue to compose the second and third movements of the symphony, this time in an orchestral version.

The musical experiment was initiated by Richard Stiebitz and Filip Humpl from the Wunderman agency, who say their goal was to examine the creative possibilities of artificial intelligence. Filip Humpl outlines the initial idea for the project, entitled AIVA/Dvořák: Music from the Future.

“I have loved Dvořák’s music since a very early age. I knew he was very imaginative. He would walk through nature writing down musical motives that sprung to mind. So I thought: what if there are some unfinished fragments of his work out there?

“At first we thought we would collect the fragments and use them to create a new composition. As we searched for them, we came across a larger score that already had several musical motives, so we decided that was the piece we would like to complete using artificial intelligence.”

The unfinished fragment of Dvořák’s piano composition in E-minor ended up in the collections of the Czech Museum of Music in the early 1980s as part of Dvořák’s heritage. The unnamed composition is in fact only a very short fragment, consisting of two sheets of paper, explains one of the museum’s experts, Veronika Vejvodová:

“The composition is a sketch largely resembling the Mazurek earlier composed by Dvořák, which might be the reason why he chose not to finish it. The composition itself is not that inventive so I would say Dvořák was self-critical and decided not to complete it.”

Upon making their discovery, Filip Humpl and his colleague approached the Luxembourg based start-up company AIVA which uses artificial intelligence to compose music. The company focuses mostly on classical, soundtrack music used in films, video games, advertisement, and other types of visual media. Pierre Barreau, the company’s co-founder and CEO explains why they decided to accept the challenge:

“First of all, I love Dvořák’s Ninth Symphony. It is not particularly easy to AI-compose in that style. There are some more obvious styles for AI to compose in. For example Bach is usually a composer that AIs can emulate quite well. But composers like Dvořák are more difficult. 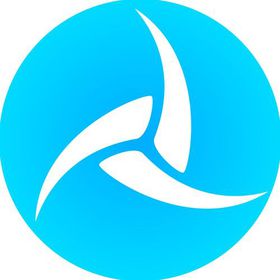 “So it was interesting both from a technical standpoint and purely from musical standpoint as well. Because Dvořák’s music inspired film score composers and we love film scores in AIVA.” “That was also the reason we decided to take part in the project. And I felt that finishing an unfinished symphony is a very powerful story to tell the people.”

You said Dvořák’s music was more difficult to recreate than for example that of Bach. Why is that?

“Baroque music like Bach is very mathematical. There are a lot of patterns in his music that algorithms love when they do the learning process, because it is very easy to understand what is going on there. That’s why Bach’s music is very easy to work with and Bach himself actually defined his music as being mathematical.

“Dvořák’s music is a little more unpredictable. The complexity of the Ninth Symphony is also in the fact that there are lots of leitmotivs which appear in rather unexpected places and there are variations of those leitmotivs.

“So there are a lot of almost random elements, at least from the algorithm’s perspective, that you don’t necessarily have in Baroque or Bach’s music. That’s why it is a bit more complicated to understand for an AI system.”

The first step in completing the unfinished fragment of Antonín Dvořák’s symphony was teaching AIVA about the music and the particular style she was supposed to compose in, explains Mr Barreau. In this case, the team had AIVA read 30,000 scores of history’s greatest composers, including Dvořák, but also Bach, Beethoven, Mozart:

“The second part of the training focused exclusively on Dvořák, so that AIVA could learn what makes him different from other composers. And then there was the actual composition process.

Pierre Barreau, photo: YouTube “During this process AIVA composes thousands and thousands of examples that are arranged by quality and then the humans in our team go through them, pick the one they think are the most relevant and we have a musician, in this case a pianist, play the music.”

Despite the abilities of the Artificial Intelligence programme, Philip Barreau stresses the importance of the human element in the whole process. The project AIVA/ Dvořák: Music from the Future involved both amateurs and professional musicians, but all of them had to have at least a fundamental understanding of how music works to be able to evaluate the results.

“I think that the human element is indispensable for multiple reasons. The first one is very technical and practical. The people who programme can improve the AI only if they understand what it composes. So there is a lot of work there that’s done by humans and a lot of that work is supervised by humans.

“Even if artificial intelligence composes everything, every single note, there still needs to be a human at end of the process to actually select the score and give meaning to that score. Just like we gave meaning to the score that AIVA composed for this project.

“We told the story of continuing the unfinished symphony of Dvořák. And that itself is a story crafted by humans, independently from the artificial intelligence itself. So I think humans will also be relevant.”

AIVA is currently busy completing the second and third movements of Dvořák’s unfinished composition in E-minor, this time an orchestral version to be recorded by Prague Philharmonia.

For their part, the project’s initiators Filip Huml and Richard Stiebitz say they have succeeded in stirring up a public debate about the possibilities of employing artificial intelligence in music composing:

“We are not sure if we want to continue with this project in the future. We want to see a live performance of the whole composition by the orchestra. We want to see the reaction of the audiences and to see if the end result really carries Antonín Dvořák’s signature and whether it leads the listeners to a catharsis.”

The second movement of Antonín Dvořák’s unfinished composition will be presented at the Rock for People festival in Hradec Králové in June. Its complete orchestral version, performed by Prague Philharmonia, is due to premiere at Prague’s Rudolfinum concert hall in November.