The resignation of the newly appointed archbishop of Warsaw, Stanislaw Wielgus, two days after he admitted that he'd collaborated with the communist secret services and only hours before his formal investiture ceremony, is surely one of the most important events in the history of the Polish Church. How serious is the crisis in the Church and what are the chances for healing the wounds? 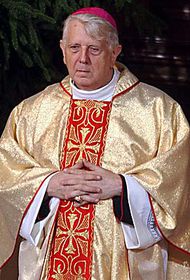 Stanislav Wielgus, photo: CTK It is clear to Poles that the Catholic Church, which played a highly significant role in the defense of human rights during the communist period, was not perfect. What has shaken the majority of Polish Catholics, and the nation at large, therefore was not so much the fact that archbishop Wielgus collaborated with the communist secret services but that he repeatedly lied about his past. According to a prominent writer on religious affairs in Central Europe, Jonathan Luxmoore, the latest events are a reflection of a crisis. The Church looks quite compromised in a moral sense and many people in Poland feel a great deal of bitterness and confusion.

"My sense is that it's going to be difficult for the people in the Church themselves to settle these problems. I suspect it might be necessary for the Vatican to send a visitation to Poland to establish what has happened and identify the kind of changes that need to be made within the church which are long overdue in some cases."

The last-minute resignation of archbishop Wielgus met with mixed reactions from the faithful..

"The church commission ruled that he was an agent so the final decision was correct." "It would not be good if such a high office was taken by a person with such a strongly tarnished character." "I'm sorry for him as a person. It's a pity that he hadn't revealed the truth earlier."

There were also those who yelled 'Stay with us' as the archbishop was reading out his resignation. It is to these voices of disapproval that Father Alfred Wierzbicki of the Catholic University of Lublin referred to in his assessment of the current crisis.

"I'm convinced that this crisis opens a way to new solutions. I accepted the decision of archbishop Wielgus to resign as the best solution and the reaction of the Holy Father was expected by the majority of Polish Catholics even if we heard some voices of disapproval. There is a chance to build the Church that is a true witness to the Gospel and moral values." 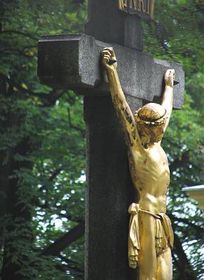 According to most analysts, the situation within the Polish Church is very complex because everyone seems to be taking sides and it might be difficult to find people of authority played the role of mediators. Despite this, Jonathan Luxmoore says, there is hope that the crisis will have a cleansing effect.

"The great hope now will be that this crisis has brought all these latent tensions, resentments and bitternesses out into the open once and for all. There may have to be personal changes at the top and shake-up in the way power is exercised. I don't think that Polish society is going to desert the church or desert the faith, absolutely not. Poles have always made a very sensible distinction between the Catholic faith, which the average Pole is very much committed to, and respect for and a willingness to follow the lead of the Catholic hierarchy."

The Polish Church has every reason to be proud of its overall record under communist rule. The recent events will surely lead to a public debate in Poland, not only on how it should deal with the dark sides of its recent history, but also on the way decisions are taken within the Bishops' Conference now.