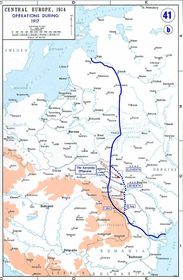 The Kerensky Offensive, source: Public Domain In late June of 1917 under Allied pressure, Alexander Kerensky, minister of war in the Provisional Russian Government agreed to open a major new offensive on the eastern front. The assault was against several divisions of the Austro-Hungarian army. The last Russian offensive in WWI ended in bitter defeat, but the Czechoslovak legionaries, who were perceived as an inferior brigade, fought like lions, winning widespread recognition, boosting the Czechoslovak resistance and helping to pave the way to an independent country for Czechs and Slovaks. For the first time in 300 years –since the Battle of the White Mountain -Czech soldiers fought for their national interests under the legionaries flag. Paradoxically the battle placed Czechs against Czechs. The Czechoslovak legionaries fought the 19th division of the Austro-Hungarian army in which more than half the soldiers were Czechs, unwillingly fighting for the Emperor.

The Czechoslovak legionaries brigade, counting 3,530 men was considered poorly trained and equipped. Its task therefore was to form a shield between two Russian brigades and only attack in their wake after they had managed to penetrate the Austrian defence. As it turned out both Russian units failed to penetrate Austro-Hungarian lines and it was the Czechoslovak legionaries who forged ahead. Within three hours of the start of the offensive they had broken all three Austrian lines of defence, capturing 4,000 soldiers. Within five hours they had captured Mohyla fortress. Historian Tomáš Jakl explains what was behind this unexpected success. 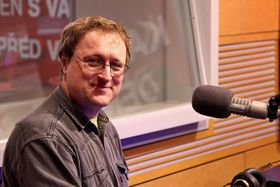 Tomáš Jakl, photo: Jana Trpišovská, Czech Radio “The Austro-Hungarian command was taken aback by the tactic of the Czechoslovak brigade. Up until then the Czechoslovak legionaries were deployed along the south-western front as reconnaissance units. So the soldiers were used to going into action in small groups and making decisions alone. So they did not attack frontally as expected but advanced in small groups covering their backs and moving in spurts. One of the German observers even coined a word for it “katzenartige” (meaning with catlike flexibility). So basically they eliminated one of the advantages of the Austro-Hungarian army –the power of canons which would otherwise have been devastating. Also morale among the Czechoslovak legionaries was exceptionally high.”

167 Czechoslovak legionaries died in the offensive and over 1,000 were wounded. Their victory was short-lived. The Russian army did not have the reinforcements needed to hold the positions acquired in battle and the tide turned. By July 3 the offensive had collapsed. On July 6 the Austrians and Germans launched a successful counteroffensive. 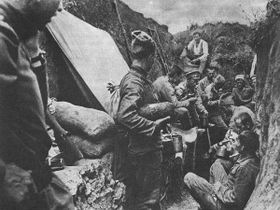 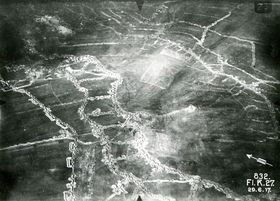 The Battle of Zborov, photo: Archives of the Military History Institute in Prague “The command of the Czechoslovak brigade later formed the backbone of the Czechoslovak armed forces in the period between the two world wars. I could mention generals Husak and Syrový who were both wounded in the offensive, General Gajda and Ludvik Svoboda who was later to become post-war defence minister and president of Czechoslovakia, Zdeněk Furlinger who was to become prime minister and so on. These men formed part of the country’s future elite. So the offensive was a crucial moment not only for the future of the Czechoslovak army but for the country’s political future as well.”