Jaroslav Volařík, a wine-maker from the South Moravian town of Mikulov, has just won this year’s title Winemaker of the Year. Nearly 60 Bohemian and Moravian producers took part in the 16th edition of the prestigious competition, sending in over 540 samples of wines.

Miroslav Volařík, photo: YouTube channel Vinař roku The annual Winemaker of the Year title was awarded at a ceremony at Prague’s Žofín Palace on Thursday night. Jaroslav Volařík, who won the top Crystal Globe with his collection of white wines, says it was quite a surprise for him, given last season’s poor harvest.

“Last year’s wine crop was far from ideal. Mother Nature was really playing tricks on us. So it definitely wasn’t the best year to take part in a competition and I have to say I was really taken by surprise.”

The Volařík family has been growing grapes in the Pálava Hills in South Moravia since the Second World War. They established the winery in 2007 and have since collected a number of awards including three Winemaker of the Year titles. Their production focuses almost exclusively on white wines: 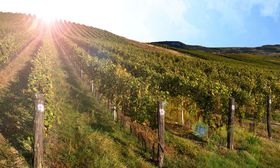 Last year’s harvest was affected by severe frosts, which occurred at the end of April. In some parts of the Czech Republic, including the biggest wine growing region of South Moravia, temperatures plunged to as low as minus six degrees Celsius.

Petr Marek, who organizes the Winemaker of the Year competition, says he feared that the poor harvest would result in fewer entries this year. But to his surprise, participation was stronger than in the previous two editions. 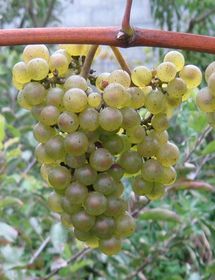 Photo: ZbyszekB, CC BY-SA 4.0 Josef Valihrach, one of the members of the international jury, says that the wines in the competition show that Bohemian and Moravian wines are improving.

“I was really satisfied. There are always great wines in the top eight. I take part in other competitions all around the world, including France, and I can say that Bohemian and Moravian winemakers have nothing to be ashamed of.

“The quality of our wines keeps increasing. Some wine experts say that Czechs are not capable of making quality red wines, but it is not true. Just look at this weather. I am sure we can produce red wines as well.”

The Znovín Znojmo winery finished in second place, followed by Zámecké vinařství Bzenec. The competition also recognised the best family winery with annual production of up to 200,000 litres. This year the prize went to Jindřich Kadrnka from Březí u Mikulova.

The title Můj vinař roku or My Winemaker of the Year, which is voted on by the public, went to the Hrabal family winery from Velké Bílovice. 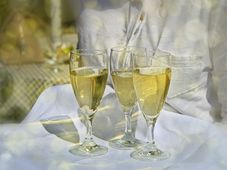 Starlings and voles responsible for significant drop in grape harvest

Wine growers in the Czech Republic are expecting one of the lowest harvests in the past three or four years, the daily e15 reported…

On Friday people all around the Czech Republic began celebrating Saint Martin’s Day, which falls on November 11. According to a Czech…