The Czech National Trust celebrates five years: “We just let people know we have volunteer work and they come”

The Czech National Trust celebrated five years of existence on Tuesday with an international conference at Strahov Monastery in Prague. According to delegates, the National Trust concept – which comes from the UK – has been catching on well here in the Czech Republic. 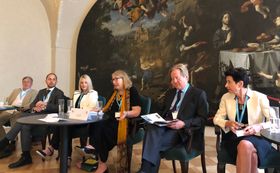 It follows the model of the British conservation charity the National Trust, which protects hundreds of historic buildings, as well as green spaces.

To mark five years of existence, the Czech National Trust on Tuesday held an international conference at the Summer Refectory at Prague’s Strahov Monastery.

“The focus of the conference is to support all the private initiatives, small initiatives, their investors, their architects, and to show them that this is possible – that they have the support of the big, big boys out there.

“I would also like to show that the Czech National Trust is connected to very honorable and large institutions who are willing and come to support it any time I ask.”

Indeed the special guest speaker on Tuesday was Tim Parker, chairman of the UK’s National Trust, which has 5.7 million members. 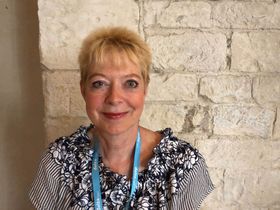 “And those people who were not connected to the English National Trust basically started to learn in the process.

“For example, in Rožmitál, where one of our project is, we have so many volunteers. We just let people know we have some volunteer work and they come.”

Alongside the locals, some volunteers also come from the UK and Ireland for “working holidays”, on which they help renovate Czech heritage sites.

Conference speaker James Birch is president of the UK’s Historic Houses and owns the grand Doddington Hall in Lincoln. He says it makes sense for Czechs to follow the UK model of preservation. 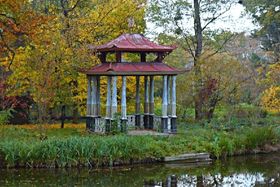 Chinese Pavilion in Kroměříž Chateau Garden - one of the monuments that the Czech National Trust wants to save, photo: Marzper, CC BY-SA 3.0 “I’m not particular surprised. The National Trust of England is just this huge success, where one in 12 of the population are members.

“It has the highest standards of curation. It is the best funded heritage organisation in the world, probably, so it would be an obvious model to copy.

“I think the Czech Republic has enough historic assets that it should be anxious to follow best practice, so it makes complete sense.

“The beauty of the National Trust is essentially that you have a very qualified organisation but it’s fundamentally funded by individuals – it’s not funded by the state.” 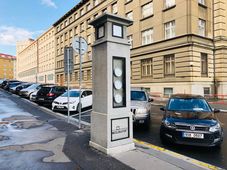 A meteorological column erected on the Prague square Vítězné náměstí in 1914 has just been restored. It is one of only two remaining… 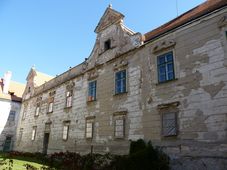 Architectural historian Barbara Peacock: in Britain we had no idea about the richness of the Czech cultural heritage 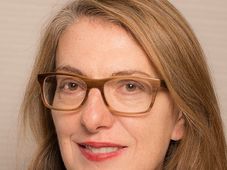 Dr. Irena Edwards is the head of the Czech National Trust, a UK-based organisation that supports conservation in the Czech Republic.…