Most of the Czech team for the World Athletics Championships in London left on Wednesday, two days before the start of one of the biggest events in global sport this year. Barbora Špotáková will be aiming to take javelin gold at the same stadium where she won the Olympics in 2012, but there are also a number of other Czech medal hopefuls to watch out for. 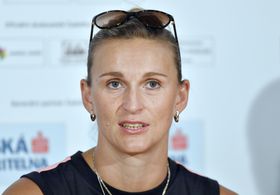 Barbora Špotáková, photo: CTK Since the foundation of the Czech Republic, the country has always earned at least one medal at every World Athletics Championships.

Several of the current 27-member Czech team have a realistic chance of helping at least equal that record.

They include Barbora Špotáková, who has achieved the second longest throw in the women’s javelin this year; shot putter Tomáš Staněk, fourth in the world in his discipline in 2017; and javelin thrower Jakub Vadlejch and hurdler Zuzana Hejnová, who rank sixth in theirs.

Špotáková won a Diamond League meeting in Rabat, Morocco just over a fortnight ago, though she complained about the heat and conditions.

But perhaps that was good preparation for London after all, the 2007 world champion says. London Olympic Stadium, photo: David Jones, CC BY 2.0 “The last Diamond League meeting in Rabat really knocked me for six. But then my trainer and I were saying that if you are going to climb to the top, there has to be some kind of slide to the bottom first. Sometimes what they call the principle of super compensation is necessary, and now things are on the up.”

Sprint superstar Usain Bolt is famously hanging up his spikes after London. By contrast, Špotáková, now 36, says she has made no immediate plans to follow suit.

“The way I look at, I don’t have a reason to pack it in just yet. But at this age I think the end can come from one day to the next.”

Špotáková has fond memories of the World Championships venue, having taken her second Olympic gold medal at the Olympic Stadium five years ago. 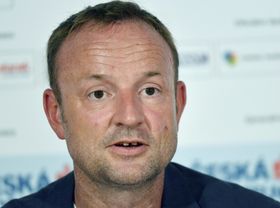 Tomáš Dvořák, photo: CTK And Czech coach Tomáš Dvořák says the entire team have much to look forward to in the UK capital.

“It’s going to be 10 days of athletics in an amazing stadium with an amazing atmosphere. British fans really understand athletics. But also as it’s in London fans will be there from Europe and all over the world. The atmosphere was really charged there in the Olympics and the Diamond League and I believe it will spur the athletes on to great performances.”

Dvořák refused to speculate much on how the Czechs would fare in London. But he said he did believe they would be taking medals, plural, back to Prague. 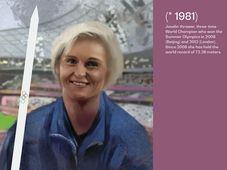