The president has lashed out at Czech security agencies that have identified Chinese-made Huawei products as a threat. Miloš Zeman says this has harmed the Czech Republic’s economic interests – and payback from Beijing will hit some of the country’s biggest companies. 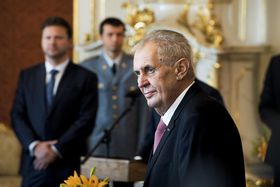 Earlier this week Mr. Babiš instructed many of the country’s key public and private organisations to look into whether using products made by Huawei or a second Chinese company, ZTE, did not leave them open to attack.

Now President Miloš Zeman, who has fostered close relations with Beijing in recent years, has entered the fray.

In an interview on TV Barrandov, he accused the directors of the cyber watchdog agency and the BIS counterintelligence service, by name, of seriously endangering Czech economic interests.

This they had done, he said, without offering any proof of a threat.

“According to information that some ministers possess, and others do not, China is preparing retaliatory measures in the wake of this campaign against the company Huawei. And these will be felt in several areas.”

Specifically, Mr. Zeman said this would affect carmaker Škoda Auto, which had agreed major investment deals in China, and O2 owner PPF’s planned collaboration with Huawei on rolling out a 5G network in the Czech Republic.

Speaking on Friday, Prime Minister Babiš played down suggestions his cabinet was expecting Chinese retaliation – but appeared to back the president on the issue of evidence. 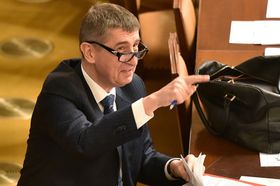 Andrej Babiš, photo: Filip Jandourek / Czech Radio “One minister told us he had a meeting from which it could follow that, in theory, there could be a problem. But we didn’t get any official statement. The National Cyber and Security Information Agency issued a warning before informing us about it. Unfortunately they didn’t provide any proof for their claims.”

Meanwhile, critics have accused Mr. Zeman of undermining the country’s intelligence services. Among them is Senate speaker Jaroslav Kubera of the Civic Democrats.

“I said this before when the president cast doubt on the work of the secret services – this just isn’t done. These things are unnecessary, but it’s not just the president. It’s a problem of the whole of society – such scandals are damaging.”

Meanwhile, TOP 09 leader Jiří Pospíšil has accused Mr. Zeman of acting as if he himself were the Chinese ambassador or a Chinese trade representative.

Other opposition figures say it is not the first time the Czech head of state has employed the possible loss of business with the world’s most populous state as a threat.