Britain and the rest of the EU are at the start of the Brexit negotiations and in some sense both sides are still exploring where there are major differences and where there is agreement. Britain’s Brexit negotiator, David Davis, was in Prague on Tuesday for talks with the Czech foreign minister over its take on the talks so far and how they should proceed. 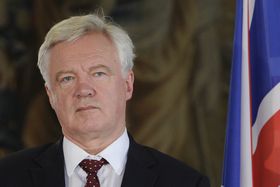 David Davis, photo: CTK The rest of the European Union, that is the EU-27, have already decided that it will be the European Commission and Frenchman Michel Barnier, who will pilot the Brexit talks that should pave the way for Britain’s exit by March 2019. But that does not mean that national government’s will by sitting by as the negotiations proceed.

And it’s perhaps with a view to that national input and influence that Britain’s chief negotiator, David Davis, was in the Czech capital to compare notes with Czech foreign minister Lubomír Zaorálek. Davis has already visited around half a dozen other European capitals and was due to head to Germany after Prague.

The second round of Brexit talks took place last week and clarified some of the areas of contention. These include citizen’s rights, more specifically what categories of EU citizens will be guaranteed the continuance of their current rights in Britain once it leaves the European club.

There is also the already emotive issue of how much London should pay up in, what might be regarded as membership fees, before it leaves. There was already a sense, at least from the EU side in Brussels last week, that progress on some of these points was hampered by the London’s lack of a clear position with the third set of talks and much of August earmarked for clarifying positions. 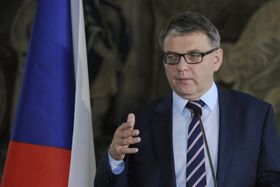 Lubomír Zaorálek, photo: CTK Czech foreign minister Zaorálek underlined in the meeting the lines that Prague has already drawn in the sand – notably that the rights of the estimated 40,000 or so Czechs living and working and Britain should not be undermined. Both ministers stressed their common goal of providing assurances to their citizens living abroad as soon as possible and the fact that the timeline for sealing a final deal is very tight. Minister Zaorálek:

ʺI stressed with Mr. Davis the fact that we have the utmost interest in the best possible relationship between the Czech Republic and Great Britain before and after the termination of membership of the European Union.ʺ

The Czech minister underlined the meeting with Davis was not intended to undermine the ongoing negotiations in Brussels and was purely informative. Talks with the British minister had originally been scheduled to take place in April but had to be postponed because of the British general election. But the Czech minister invited Davis to come back to Prague again in the Autumn for further talks. Miloš Zeman, photo: Filip Jandourek Davis moved no ground on one negotiating sticking point, saying that London wanted British courts and not the European Court of Justice to oversee the final exit deal.

Earlier, Czech president Miloš Zeman was asked in a wide ranging interview for Czech Radio for his take on Brexit and this is the response he gave:

ʺI would describe Brexit as unfortunate for both sides. If the phrase win-win strategy is sometimes used then this is a lose-lose strategy, its simply a strategy where both sides lose.ʺ

In the previous episodes of the Czechs in Brexit Britain series, we explored what worries the local Czech community about Brexit and…