After a stormy five hour debate in Parliament on Wednesday, the governing coalition voted to dissolve the TV and Radio Council, holding it responsible for the Czech Republic's lost arbitration with the Bermuda based media company CME on the grounds that the state had failed to protect its investment in private TV NOVA. The lost arbitration will cost the Czech Republic over 10 billion crowns and in recent weeks there has been many a heated debate on who is responsible and who should foot the bill. 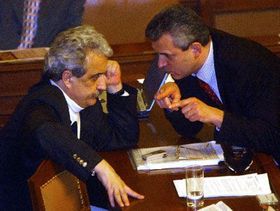 Culture Minister Pavel Dostal and the leader of Freedom Union MPs, Karel Kuhnl, photo: CTK The battle over the TV and Radio Council divided parliament into two camps. The three party governing coalition pushed for its dismissal, arguing overall poor performance, the lost arbitration against CME, and speculation regarding possible corruption in issuing radio licenses. "Our patience with this Council has run out," one of the coalition deputies said.

Although not entirely happy with the work of the Council, the opposition Civic Democratic Party and the Communists put up a big fight against its dismissal. They argued that since another international arbitration on the CME case is currently underway, this is not a good time to seek a scapegoat in the Czech Republic. Ivan Langer of the Civic Democratic Party claims that by trying to absolve itself of any blame the governing coalition has very likely damaged the country's interests.

"We think that this decision of the Czech Parliament could send a very bad signal especially right now during the international arbitration that the mistake is on the Czech side. We are sure that the Czech Republic didn't do anything wrong and that's why we voted against. " 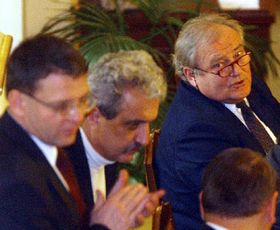 "Yes. I am sure it was only a political decision and the whole responsibility for the outcome of the international arbitration now lies with the governing coalition. They are responsible for a possible bad final decision in this arbitration."

So can the Czech TV and Radio Council be held responsible for failing to protect CME's investment in private TV NOVA? And indeed -did the Czech Republic fail to protect it? That is a question that both politicians and commentators fail to agree on. Some insist that the Czech Republic is not to blame, others claim that CME was damaged due to then inadequate legislation and that the Council turned a blind eye to what was going on. Whatever the case, lawyers say it is self-destructive to make any accusations before the final international ruling on this case. In an atmosphere of political tension, that piece of advice has gone unheeded. 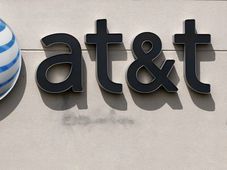 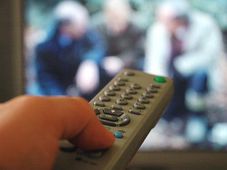