The Prague City Court has made a ruling that could set a precedent in restitution battles. It has become the first court in the country to order compensation for confiscated property to come from the property's latest owner and not from the state. 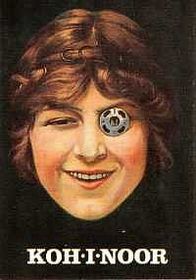 The Koh-i-noor factory in Prague is one of the country's biggest producers of snaps, pins and other metal fittings. The company was founded in 1902 by the brothers Jindrich and Zikmund Waldes. By the end of the Second World War, it employed some 500 people and was thriving only to be nationalised in October 1945 under the Benes decrees - less than three years before the Communists took power. Until the communist regime fell, the factory stayed in state hands and was sold into private ownership for 188 million crowns at the end of 1993.

Since then, the heirs of the Waldes brothers have been waging court battles to get back the property that was taken away from their forefathers. After five unsuccessful verdicts, the Prague City Court has now ruled in their favour. Half the company estate as well as 19 valuable paintings are to be returned to them. Among the paintings - a painting of a woman with a press button in her left eye made by famous Czech painter Frantisek Kupka. Used as a model for the company logo, it is said to be the most famous Czech portrait of a girl ever painted. 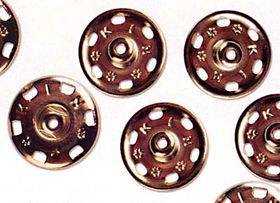 The Koh-i-noor board of directors is outraged, saying that the factory was pulled out of debt and has enjoyed massive investment in recent years. The company's lawyers claim the verdict contests the constitution as, with few exceptions, restitution claims only pertain to property taken away by the Communist regime after 1948. General director Pavel Bohuminsky:

"The court's reasoning was that even though the factory was nationalised in 1945, the Waldes family was never compensated and so the nationalisation process was not valid. But the family did receive compensation. It was on January 29th, 1982 as part of a bilateral agreement between Prague and Washington. That's because the Waldes family lived in the United States at the time. But the court did not take that into consideration."

So, should other private owners of companies that were nationalised in 1945 start worrying? Pavel Bohuminsky is optimistic. He says, unlike the other five preceding courts, the Prague City Court made its ruling without knowing the facts:

"The organisation was privatised by the state under the coupon privatisation process. This means that there were some 12,000 shareholders. Today, there are 4,000 who could all lose their assets. But what the court seems to have forgotten is that there is a specific law from 1994 that regulates the transfer of ownership from the state to private hands after October 1991. This law is still in place and clearly states that in a case like ours there are no rights to restitution."

According to Mr Bohuminsky, the company will appeal with the Supreme Court. If that should fail, the Koh-i-noor shareholders - all 4,000 of them - will demand compensation from the Czech government with the reasoning that the state had sold it "stolen" property in 1993. 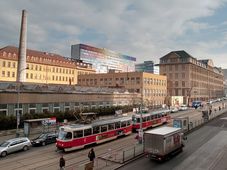 The historical Koh-i-noor factory building in Prague’s Vršovice district is set to be converted into a residential area with apartments,… 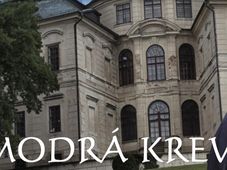 Czech nobility under the spotlight in tv series

A series of eight programmes on public broadcaster Czech Television called Modrá Krev or Blue Blood is already around half way through.… 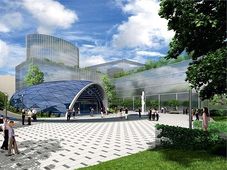 The City of Prague is having trouble reaching agreements with property owners in buying up land needed for a planned 10.6 kilometres…