The mainstream opposition parties in the lower house of Parliament are pushing anew for a vote of no-confidence in the Babiš government, over the prime minister’s alleged conflict of interest outlined by Brussels regarding the distribution of EU funds. They say that even if unable to muster the necessary numbers to bring down the administration, the vote would have great symbolic “moral” value. 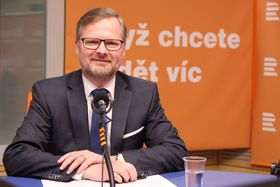 Petr Fiala, photo: Jana Přinosilová / Czech Radio Against the backdrop of ongoing mass protests against the government, the leaders of the five mainstream opposition parties agreed on Tuesday to call an extraordinary meeting in parliament next week to discuss calling a vote of no-confidence in the government of Andrej Babiš.

Together, the opposition parties have enough signatures to convene such a preliminary meeting ahead of an eventual no-confidence vote – a first step outlined in the Constitution. As such, Mr Babiš cannot make any excuses for not taking part in it, Civic Democrat chairman Petr Fiala told journalists on Tuesday.

“We want to confront the prime minister directly. We want to create room for this meeting, which Mr Babiš not only can, but should and must take part in.”

In order for a no-confidence vote to succeed, the opposition parties would need to win over at least 14 MPs from across the aisle to reach the 101 majority threshold. At present the Civic Democrats, Pirates, Christian Democrats and alliance between TOP 09 and the Mayors and Independents can only count of their 87 votes. 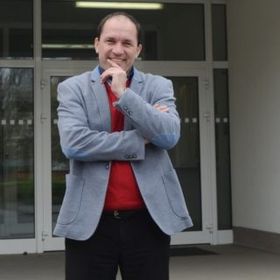 Marek Výborný, photo: Stanislav Kolařík, CC BY-SA 4.0 The trigger for the vote was preliminary audit from Brussels that outlines the prime minister’s alleged conflict of interest over the distribution of EU funds to Agrofert, a huge conglomerate Mr Babiš founded and placed in a trust more than two years ago to comply with a new Czech law.

Alluding to charges of EU subsidy fraud against Mr Babiš at home from a decade ago, Christian Democrat chairman Marek Výborný said Mr Babiš has long damaged the country’s reputation, and undermined its ability to influence decisions at the EU level.

“This is why we consider this step to be not just a political gesture but also a moral one. Every MP must clearly say whether or not they have confidence in this government and this prime minister – who is in conflict of interest and incapable of solving the problems of our citizens.”

Last month’s preliminary EU audit suggested that due to Mr Babiš’s alleged conflict of interest, the country would be obliged to return hundreds of millions of crowns in funds. He has dismissed that preliminary finding, insisting neither Czech nor EU laws were broken.

Going on the offensive last week, the prime minister questioned the motives and competence of Brussels auditors and challenged the opposition to call a vote of no-confidence. Mr Babiš said he would be glad to take the opportunity to tell the nation of the opposition’s “gross mismanagement”, which he claimed had deprived Czech state coffers of billions in EU funds. 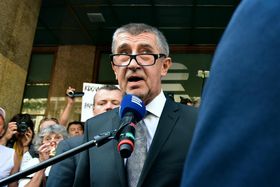 Andrej Babiš, photo: Michaela Danelová / Czech Radio But since Babiš threw down that gauntlet, the loyalty of his junior coalition partner, the Social Democrats, is suddenly less certain. And the Communists – whose tolerance the minority coalition government depends upon – have also made noises about withdrawing their support.

Social Democrats party chairman Jan Hamáček told journalists on Monday that his party could withdraw from the coalition government if ANO votes to elect far-right journalist and alleged anti-Semite Michal Semin to the council of state news agency ČTK.

Meanwhile, Communist chairman Vojtěch Filip on Tuesday voiced his opposition to plans to purchase 12 military helicopters from the United States, saying it could affect the party’s support for Mr Babiš.