A Czech non-profit organisation based in Brno has developed a special mobile phone application for drug users and people living on the streets. Called Čára or Line, it will help them find accommodation, food or free needle exchange. The app, reported to be the first of its kind in Europe, has just been launched for a trial run. 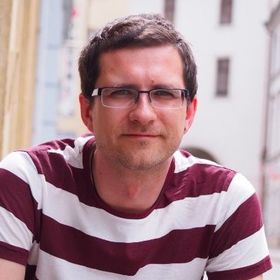 Martin Boxan, photo: LinkedIn de Martin Boxan Despite living on the streets, many homeless people own a mobile and regularly connect to the Internet. Based on this knowledge, a Brno-based non-profit organisation Podané Ruce decided to develop a special application for smart phones to help their clients find basic services and provide them with useful information.

Martin Boxan is the head of the organisation’s Institute for Education and Supervision, which is in charge of the project:

“According to our survey, a large percentage of people who live on the streets have a smart phone these days. We are aware that they often don’t have any data and look for places with a free Wi-Fi connection.

“This is why the application can run in an off-line mode. Once our clients connect to the internet all the information is upgraded. According to our experts who work with our clients on the streets, smart technology is really changing their behaviour.”

The title of the app, Čára, which is the Czech word for line, refers to a line of drugs, but it is also a nickname for one of Brno’s main streets, called Česká. It was developed by a team of IT experts, but they closely cooperated with drug users and the homeless people to define their needs.

According to Martin Boxan, the first version of the application should serve as a sort of city guide to people who live on the streets or take drugs. 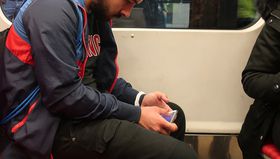 Illustrative photo: Lenka Žižková “The app will show our clients where they can have a free meal or a shower, where they can connect to the Internet and charge their phone, but also where to find help in case they need it.

“Gradually we would like to add more functions, such as a direct link to one of our experts and a link to our drug advisory centre.

In the future, the application should also include an early warning system, which could be useful for instance in case a dangerous substance appears on the market. This could prevent unnecessary deaths, such as in the recent case in Ostrava, when several people died after taking a synthetic drug similar to marihuana.

The application, which was co-financed by Brno City Hall and the Government Council for Drug Policy Coordination, is set to be launched for a trial run at the end of the month. If everything goes according to plan, it should be available for free download on Google Play in the middle of 2019. If the application proves to be useful, Martin Boxan would like to offer it to other organisations and launch the service in other towns and cities in the Czech Republic.

The Czech Republic is not doing enough to address the problem of international homelessness, suggests the Prague-based Organisation…

The international volunteer group Food Not Bombs has been providing free food to the homeless and hungry since 1980, and now has branches…