November 11 is the 80th anniversary of the death of Jan Opletal, a Prague student who had been gunned down at an anti-Nazi demonstration in the city a fortnight earlier. Opletal became a symbol of Czech resistance to the German occupation and a march held in his honour helped spark the Velvet Revolution five decades after his death. 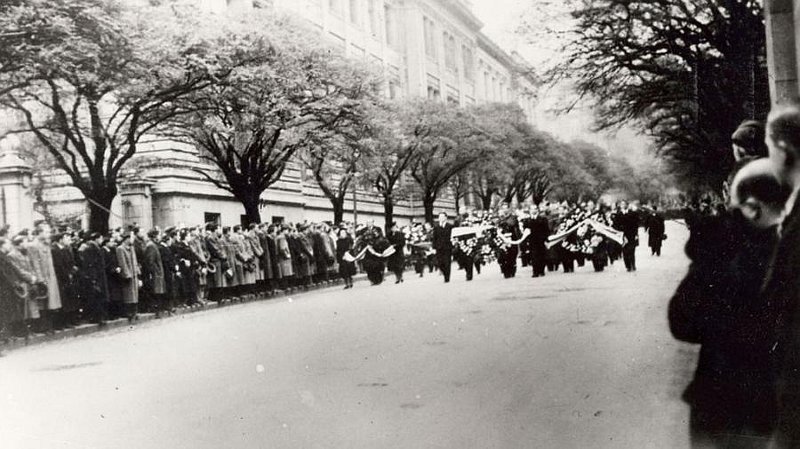 Jan Opletal, then aged 24 and at the Faculty of Medicine, was among a group of Prague students who called for resistance against Nazi rule on October 28 1939, the 21st anniversary of the foundation of Czechoslovakia.

Tensions rose during that day and, when Czech police refused to intervene, German civilian police officers shot at random into a crowd in central Prague. 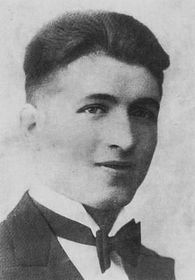 Jan Opletal, photo: Public Domain A worker, Václav Sedláček, was killed on the spot, and Opletal was shot in the abdomen, dying from his injuries two weeks later.

Sixty-five years later, Opletal’s fellow student Josef Jira – who was among those chosen to lay a wreath at his grave – remembered that day in an interview for Radio Prague.

“We were all in a huddle and mounted police officers pushed the crowd away from Wenceslas Square.

“There were German civilian police and they had guns with silencers. Jan was close to the National Museum and drifted with the crowd.

“He didn't know he had been shot. All he felt was being stung. In reality, he was shot seven times.

“We had the shirt he wore in the dormitory – it had bullet holes and was soaked with blood.

“In the hospital, his fellow medical students went to see him and we were sure he would pull through.

“At 11 o’clock they came back with the news that he was dead.”

On November 15, 1939 thousands of students turned out for a memorial event for Jan Opletal in Prague.

Later on the city centre saw another large anti-Nazi demonstration.

In response the Nazi governor of Bohemia and Moravia, Konstantin von Neurath, launched a brutal crackdown on students on November 17, 1939.

Von Neurath closed all Czech universities, had 1,850 students arrested and ordered the execution of nine of their number regarded as ring leaders.

More than 1,200 Czech students were sent to the Sachsenhausen concentration camp. 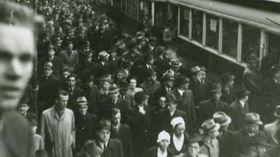 October 28 1939, photo: Czech Television The victims of that vicious Nazi repression were honoured when November 17 was designated International Students’ Day.

On that day 30 years ago the Socialist Union of Youth organised a march in Opletal’s honour in Prague during which participants veered off the authorised route.

Czechoslovak riot police eventually kettled a section of the crowd on Národní St. before setting upon them with batons.

The unprecedented ferocity of the crackdown, and (false) rumours that a student had been killed, sparked the Velvet Revolution that ended over four decades of Communist rule.

In 1996 Jan Opletal received the Order of T.G. Masaryk, First Class, in memoriam. A street leading onto Prague’s Wenceslas Square is named in his honour.

Jan Sokol – Part 1: It would be an exaggeration to say the StB killed Jan Patočka

Philosopher Jan Sokol was an MP in the early 1990s, served as Czech education minister and lost in the final round of voting for president…

War and Occupation: A black crow spreads its wings over Prague

The Czech Radio archives include many recordings from the time of World War II. They come from both sides: propaganda from within occupied…

On Sunday, Czechs commemorated 30 years since the start of the Velvet Revolution. Emotions were high at times as politicians paid tribute…