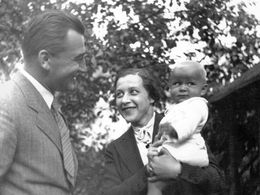 Lawyer and prominent representative of the Czech women's movement. As a member of parliament of the Czechoslovak Socialist Party, from 1946 she opposed the communist government. In 1950 she was tried in a sham political trial for alleged treason and subsequently executed.