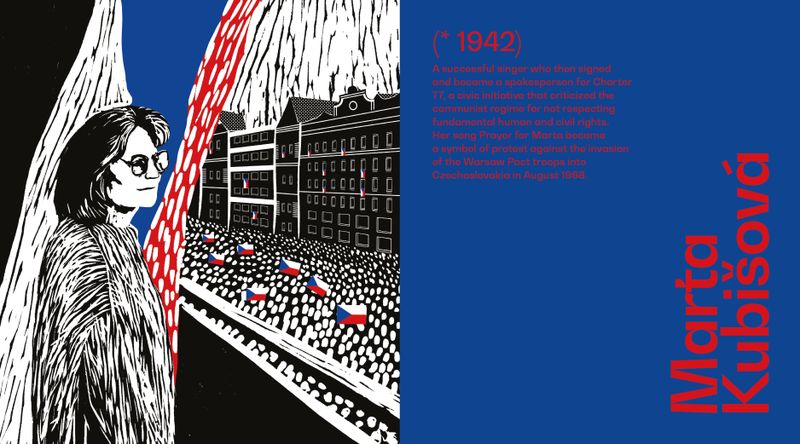 A successful singer who then signed and became a spokesperson for Charter 77, a civic initiative that criticized the communist regime for not respecting fundamental human and civil rights. Her song Prayer for Marta became a symbol of protest against the invasion of the Warsaw Pact troops into Czechoslovakia in August 1968.