Czech Radio‘s flagship station, Radiožurnál, has reported on a chilling story of judicial error. In 2017 Michal Šnajdr was sentenced to 10 years in jail for planning the kidnapping of a woman. It was only thanks to his own determination and that of his advocate, that Šnajdr eventually proved his innocence. 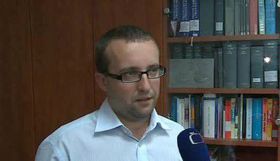 Roman Kafka, photo: Czech Television In 2014 the daughter of a businessman was kidnapped and brutally beaten by a gang of men. After a few months of investigating the case, the police were confident they had caught the main culprit - Michal Šnajdr.

Having already been jailed once and reputed to be a philanderer, he fit the investigators’ profile and received a 10 year jail sentence.

Roman Kafka, was the state prosecutor in the case.

“In 2014, we based our case on evidence provided by the police. They had worked out a number of detailed analyses which showed that specific individuals, including Mr. Šnajdr, were under strong suspicion.”

However, when Michal Šnajdr’s lawyer reviewed the investigation file after the sentence was pronounced, he came across a series of dubious points. One was that some of the evidence had been supplied by Jan Ovčáček, a policeman not directly involved in the investigation.

“The case file describes Jan Ovčáček as someone who was not involved in the investigation, but during his work came across some important information relating to the victim. He spoke to her and added information into the file based on the information she had given him.”

The problem is that Mr. Ovčáček had reasons to be personally invested in the case. His brother, Tomáš, was a business partner of the kidnapped victim’s brother. What is more, the accused Michal Šnajdr had an affair with his wife.

One of the other key pieces of evidence that helped sentence Mr. Šnajdr was the scent mark of the victim in his car. 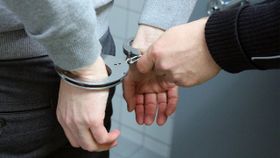 Illustrative photo: 3839153, Pixabay CC0 However, the police also found scent marks of Tomáš Ovčáček, the man whose wife Mr. Šnajdr had an affair with, in the same car. Whether there was any possibility of Mr. Ovčáček placing the victims scent marks in the car was a question left unexplored by investigators.

After 14 months in jail, Mr. Šnajdr and his advocate Jan Cholenský managed to find enough evidence to re-open the case.

In a detailed examination of the file they showed that many persons present at the site of the crime had not been under suspicion, nor even been interviewed by the police.

Now it turns out that three of these people took part in the kidnapping. Acting on this information, the police have begun criminal proceedings against them and the General Inspection of Security Forces, has launched its own investigation into the behaviour of the policemen involved in the initial case.

Mr. Šnajdr has been set free and is now able to take care of his daughter, who is sick with blood cancer. This was his main motivation for proving his innocence, he says.

On her first day in office as the new Czech justice minister, Marie Benešová, unveiled her plans for reforming the Czech judiciary.…