The subject of MPs’ travel expenses is in the spotlight after Czech Radio reported that a group of legislators visited an exotic tourist destination while on a taxpayer-funded trip to Peru. The politicians say they themselves purchased tickets to enter Machu Picchu. However, their hotels and flights were covered by the Chamber of Deputies. 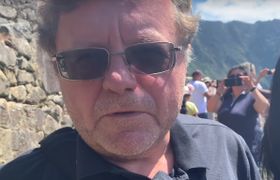 The top official was visiting the ruins of the ancient Inca city with five MPs from the Chamber of Deputies’ Audit Committee, which makes sure the state’s money is spent correctly.

The group were based in the nearby tourist town of Cuzco for three days out of a work trip that involved the same number of days in the capital Lima.

Mr. Kala said the group had themselves purchased tickets to the site. However, the Chamber of Deputies – and by extension taxpayers – covered their hotels, flights, interpreters and per diems.

Committee member Roman Kubíček of ANO offered Czech Radio’s journalist this explanation as to why they had visited Cuzco.

“We received information about the resolution of regional problems with waste… We established regional co-operation and came here within the framework of the offers we received. You can verify with the Czech ambassador that the offers concerned energy, water and the environmentally friendly destruction of waste.”

The politicians’ trip to Peru – which cost an estimated CZK 750,000 – has put the issue of such travel in the spotlight and raised questions over whether elected officials are wasting public money. Tomáš Pojar, photo: Jana Přinosilová / Czech Radio Analyst Tomáš Pojar said there was no way whatever that a visit by the Audit Committee to Peru, or indeed anywhere outside Europe, could make sense.

Mr. Pojar also referred his own experience when he served as Czech ambassador to Israel.

“If members of a committee visit Israel’s Knesset, it’s absolutely logical that they would also visit the Old City of Jerusalem or Bethlehem, which is 10 kilometres away… It’s something else if it’s a question of three days, plane travel and staying in hotels, when the costs for the taxpayer are high. In that case, it should be voluntary and everybody should pay for the holiday part themselves.”

Novinky.cz reported that Czech MPs will this year travel to such destinations as Mexico, China, Vietnam, Morocco and Jordan. The Chamber of Deputies has an annual travel budget of CZK 30 million, while the Senate has CZK 13 million for that purpose.

The government’s electronic cash register system is to be suspended until the end of this year in view of the coronavirus situation.…