Listeria outbreaks no major cause for alarm

Recently the papers here have been full of alarming reports concerning listeria infection in the Czech Republic. So far this year, there have been a number of highly publicised cases of poisoning with the listeria bacteria, which is often found in certain types of readymade salads and ripe cheeses.

Usually, there are only one or two deaths every year from listeria poisoning in the Czech Republic. In the past year, however, ten people have died from being infected with the bacteria. A significant number of pregnant women have also had miscarriages as a result of being infected and in the last week alone three women have lost their babies because of listeria.

A recent news report on how a woman suffering from listeriosis lost her baby after she became infected with the listeria bacteria. It's ordinarily a rare occurrence in this country, but in the past year the number of serious incidences of listeria infection has risen significantly and the mortality rate has increased almost tenfold. Dr. Michael Vit, the Chief Public Health Officer for the Czech Republic, says that there are a number of reasons for the rise in serious cases of listerioisis:

"One of the reasons could be that there has been some slackness when it comes to proper procedures in the factories where they produce soft and mature cheeses as well as various delicatessen salads. Another reason could be the warm weather we have had over the past three months. It may also be that that some of the groups at risk of listeria poisoning have forgotten that it is not ideal for them to eat these kinds of foods."

Besides pregnant women, the groups at risk whom Mr Vit mentions include people whose immunity systems may be deficient such as old people, young children and people with diseases such as cancer and severe diabetes. He says that apart from these groups, the general population has little to worry about:

"Listeria is dangerous for two groups of people: Old people and people with a weakened immune system as well as pregnant women. These people should avoid foods like mature cheeses and delicatessen salads. But normal, healthy children and people can fight the listeria bacteria and nothing serious will happen to them."

Despite the high levels of press coverage for recent cases of listeria poisoning, Mr Vit says that no comparative data is available for last year, the incidence of listeria in the Czech Republic is generally comparable to many other European countries is there is no need for the public to be alarmed:

"We are not an exception in the Czech Republic. Our rates of infection according to most recent figures puts us around the same level as Holland, Germany and France. Every food producer has to follow a series of strict controls. If these are observed then it means the level of contamination should be limited." 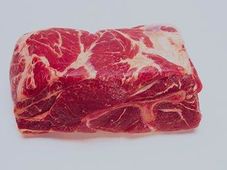 Dioxin scare may lead to new and improved food labels

As the German dioxin scare widens, the Czech Agrarian Chamber has been ringing alarm bells, appealing to Czech meat-processing plants… 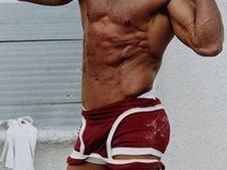 Czech men get a shot at the Mr World title; a red-faced and suffering chief health officer; special beer offers for Valentine’s Day… 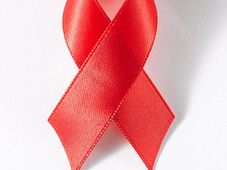 The number of HIV cases in the Czech Republic has been steadily rising, and 2009 could see the biggest jump in HIV infection in the…