A leaked European Commission legal opinion, first reported on by The Guardian newspaper this weekend, states that Prime Minister Andrej Babiš is in an inherent “conflict of interest” position as he ultimately remains in control of the Agrofert conglomerate he founded – despite having placed it into two trust funds. The Czech state could be forced to return 82 million euros worth of subsidies granted to Agrofert in 2018, and potentially far more, while the country’s ability to draw further funds could also be impacted. 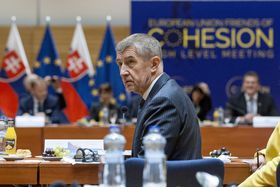 Andrej Babiš, photo: ČTK/Martin Mikula Prime Minister Andrej Babiš has long maintained that he no longer has a hand in the operations of Agrofert, a conglomerate of some 250 companies in a range of industries, including agriculture, food-processing and chemicals production. The Czech branch of anti-corruption watchdog Transparency International – whose complaint over Mr Babiš’s alleged conflict of interest triggered the ongoing investigation in Brussels – says he remains Agrofert’s ultimate beneficial owner.

That’s a problem because as prime minister, Mr Babiš could benefit from EU funds, as well as Czech subsidies, the dispersal of which he directly influences. Because public officials and politicians are not allowed to benefit from EU funds they ultimately control, Czech taxpayers could be asked to repay some of the 82 million euros paid to the Agrofert in 2018 and potentially much more, says David Ondráčka, director of Transparency International Czech Republic.

“The story started this summer, when Transparency International (TI) submitted its complaint to the European Commission, questioning the eligibility of Agrofert to receive billions [worth of Czech crowns] in EU subsidies. Then the EU started reviewing the case, and what we saw this weekend was some leaked information from lawyers of the EU Commission, who basically confirmed the TI position 100 percent.”

“But we don’t have a final verdict yet. It should be coming soon – I hope it is a question of a few weeks or at most a few months. However, it’s very unlikely they will change their position, and so it’s very probable that in the end the ruling will be that Agrofert is not entitled to receive EU funds. Consequently, the Czech Republic will have to repay already paid subsidies back to the European budget, and then there will be the question of potential legal consequences – if the Czech Republic can actually get this money back from Agrofert.”

“The whole story is framed by the enormous conflict of interest of Prime Minister Babiš, who decided to move his company to two trusts, but he kept a controlling role in both of those trusts. He is the final beneficiary and founder of those trusts. At any moment, he can close them and transfer the shares back to himself.”

The Guardian report on the leaked EU Commission legal opinion which is relates to only one strand in 2018, but this definitely sets a precedent, does it not? It could go back many further years. 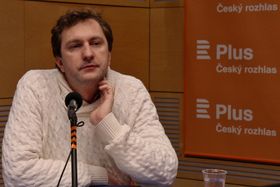 David Ondráčka, photo: Jana Přinosilová / Czech Radio “That is definitely an open question, and when the final verdict of the European Commission comes, that’s what needs to be decided – since when is this open conflict of interest not acceptable. If it is since this summer, when EU regulations were made stricter, then it would probably mean a smaller financial correction, but we’re still talking about 80 million euros at least.”

“But if it is decided to go further back, to for instance 2016, when there was another change in EU financial regulations, then the final bill might be much bigger. The Czech Republic would have to send back a few billion Czech crowns in subsidies – and that’s extremely worrisome because it endangers other projects in the country.”

“But the conflict of interest during his political position is obvious. He can influence on the EU level decisions about the European budget, about the allocation of subsidies, including agricultural subsidies. On the Czech level, he is the head of the executive power. Potentially, he can nominate ministers who then nominate people who realize a nd control EU funds. And he’s got this conflict of interest at every step. And I think that’s what needs to be fixed.”

In a press conference this morning, Mr Babiš alluded to the supposed wilful spreading of ‘disinformation’ about this case; that the European parliamentary elections are coming up and MEPs ‘need to make themselves visible’ – and so on – to discredit this investigation...

“Yes. That’s his strategy all the time. He attacks opponents, accusing them of having a political motivation, and portrays himself as a target of constant campaigns and attacks.”

The TI investigation looked into the Slovak, German and Swedish register of end-owners, but this was not possible in the Czech Republic. Could you explain why not?

“The new regulation on Anti-Money Laundering actually forced EU member states to introduce registers of beneficial ownership. It means, to know who is at the end of the chain of companies and who is the final controlling person and who gets the biggest benefit at the end of the day. That started this year, and different countries implemented it differently.”

“Some of them allowed those registers to be fully open to the public – to journalists, NGOs, the opposition – like Slovakia, partly like Germany, and all the documents are available there. The Czech register is open only partly, to the police, investigators, tax authorities, but not to citizens. That’s why we had to turn to other countries where the registers are open and Agrofert has records.”