Thanks to a unique sound recording acquired by Czech Radio, the state attorney’s office has ordered a new investigation into the death of foreign minister Jan Masaryk, son of the country’s first president T.G. Masaryk, in February 1948. His great niece Charlotta Kotik has welcomed the news and is hoping to help the investigation. 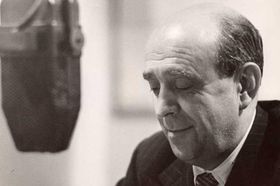 Jan Masaryk, photo: archive of Czech Foreign Ministry The tragic death of the country’s foreign minister has remained veiled in mystery for more than 70 years now. For forty years the official line of the communist authorities was that Masaryk committed suicide by jumping out of his bathroom window at Černín Palace, the seat of the foreign ministry. He was known to suffer from depression and was in a difficult position as the only democratic-minded minister left in the Communist-led government.

However, many Czechs refused to accept that version of his death and many details appeared suspicious, such as why Masaryk would commit suicide by jumping out of his bathroom window in his pyjamas late at night. It was rumoured that the state of his apartment indicated a struggle had taken place, others suggested he may have tried to hide on the ledge outside his bathroom window when he realized someone was breaking into his apartment. Those who believed he had been murdered argued that it must have been done on the orders of the KGB. None of this was ever proven.

The case was reopened twice after the fall of communism bringing a new verdict: at least one other person contributed to Masaryk’s fall from the bathroom window. However no further conclusion could be reached since Russian archives remain closed and domestic ones contain no evidence which would help find the perpetrator.

Recently Czech Radio acquired a unique sound recording made by the first police officer who arrived at the scene. There was no way the communist police would let him talk, but with the Prague Spring reforms in 1968, Vilibald Hofmann took the risk of recording his impressions on audio tape in the kitchen of a trusted friend. In the recording he claims Masaryk’s body was moved before the official photographs were made, and says the stated time of death was way out. 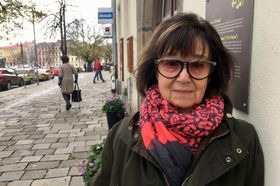 Charlotta Kotik, photo: Ian Willoughby On the grounds of the information contained in the audio recording the state attorney’s office has ordered that the case be reopened and investigated by the police’s Office for the Documentation and Investigation of the Crimes of Communism. Jan Masaryk’s great-niece Charlotta Kotik has welcomed the news saying the family had never believed the suicide explanation proffered by the communists.

“I fully support the case being reinvestigated, here in the Czech Republic and abroad. I believe they needed to get rid of Masaryk who was considered an obstacle to the political goals of the time.”

Charlotta Kotik is hoping to help the investigation herself. She says that while she did not see Masaryk’s apartment in the wake of the tragedy she remembers her mother and aunt saying everything had been upside down, indicating some kind of struggle. She says that finding the truth about her great-uncle’s death is important not just for the family but in order to bring more light to this dark chapter of Czech history.

In this programme, the eighth in our series mapping this country’s history through the radio archives, we start with the dramatic events…

Great-niece: If Jan Masaryk planned suicide, he would have done it elegantly

The murky death of Jan Masaryk in 1948 has been back in the news recently, after the discovery of fresh evidence prompted the reopening…