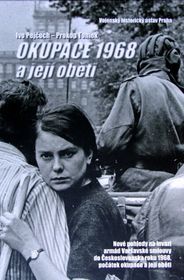 Photo: Military History Institute Prague It took the team of Czech historians Prokop Tomek and Ivo Pejčoch several years to gather new information on the victims of the 1968 occupation of Czechoslovakia. According to the authors, they were able to pin down the figures thanks to newly discovered archive material both in the Czech Republic and Slovakia. They also obtained new facts from the victim’s families.

One of the authors of the book, historian Prokop Tomek, summarised the outcomes of their investigation:

“First of all, we revised the number of victims from the previous 108 to 137. But we also found more information about the people.

The tragedies happened in such chaotic circumstances that we often didn’t know anything about them. The materials from investigations were incomplete or they were missing completely. We also found photographs of the people. Until now, we didn’t know who these people were, they were just names, and now we gave them back their faces and their stories.”

An overwhelming majority of the victims died between August 21, when the Warsaw Pact troops invaded the country, and mid-September of the same year.

According to Tomek, the invaders shot more than 50 people dead already on the first day of the occupation. The situation calmed down after 1968, when the troops withdrew to barracks. The book also seeks to clear up the circumstances of the death of some of the Soviet soldiers. According to Tomek and Pejčoch, they didn’t find a single case where a Soviet soldier was killed by Czech or Slovak citizens, as the Soviet propaganda claimed. 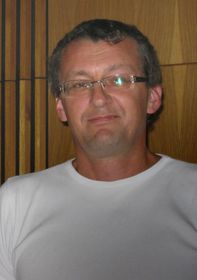 Prokop Tomek, photo: Jana Chládková According to the historians, the oldest victim of the Soviet occupation was a 91-year old Czechoslovak legionnaire Antonín Abraham, who was ran over by a Soviet tank in 1968. More information on the Czech and Slovak victims of the Soviet occupation could still be hidden in the Russian archives. However, they are practically inaccessible to foreign researchers, says Prokop Tomek:

“At the start of the 1990s it seemed that the Soviet archives would open up to foreign researchers. However, it only applies to more distant history, such as WWII. Materials concerning more recent events are not accessible to foreigners, because the information concerned is too sensitive. While in Czechoslovakia, it draws on mostly police or medical records, the Soviet archives belong to the military, so the access is very limited.”

Historians Ivo Pejčoch and Prokop Tomek say they cannot rule out that there might still be some forgotten victims, but they estimate it shouldn’t be more than one or two people.