The environment group Greenpeace has weighed into a political row over the extraction of the valuable lithium ore in the Czech Republic. It says the country risks getting seriously short changed under the current mining royalty rules.

Cínovec, photo: Jens Jäpel, CC BY-SA 3.0 In a largely lacklustre campaign for Czech parliamentary elections taking place on 20 and 21 October, lithium mining has emerged as one of the main battlefields with a row centred on a memorandum between the industry ministry and Australian-based mining firm European Metals Holding (EMH).

The man whose party is tipped to top the polls, ANO’s Andrej Babiš, says the agreement amounts to a sell-out by the Social Democrat minister, Jiří Havlíček. The minister says it merely seeks to safeguard national interests and jobs.

Environmental group Greenpeace opened up a different perspective on the issue on Wednesday when it claimed that the Czech state risks getting a derisory share of the market value of the sought after and price soaring ore.

It put the spotlight on a change in the law which means that mining royalties for lithium and other raw materials were cut from 10 percent to just 0.66 percent of their market value. Greenpeace says this means that state revenues from mining lithium reserves at Cínovec in the far north of the country on the border with Germany will drop to around 900 million crowns from around 13.8 billion crowns over the around 20 years when extraction is expected to take place.

Jan Rovenský is the head campaigner for Greenpeace on energy and raw materials issues in the Czech Republic:

"The government last year changed the mining royalties and the official goal was to increase them. But in effect, unfortunately, in the case of lithium, which is emerging as a very promising new ore which could be mined in the Czech Republic, the royalty was decreased from 10 percent to 0.7 percent, which in fact is very hard to understand." 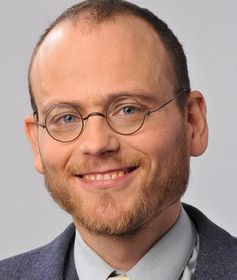 Jan Rovenský, photo: archive of Jan Rovenský Greenpeace says the easiest remedy to the current political uproar over lithium mining is to re-instate the previous level of royalties. And they have launched a petition for the public and appealed to political parties to drum up support for that.

"Just now, there’s big havoc on the Czech political scene before elections. It seems that lithium mining becomes one of the key topics of the elections. In fact, the increasing of the mining royalties could be a way of solving the current situation."

An extra, barrier stands in the way and that’s another recent amendment which means that no changes in the charges should be made for five years, that adds up to 2021 at the earliest. But Jan Rovenský says lawmakers can easily overturn this rule that ties their hands as well. Greenpeace underlines that it is not against lithium mining as such, as long as stringent environmental rules are obeyed and the hard hit and depressed border area gets some of the benefits.

And on one aspect of the ongoing party political row, it says that calls from some sides for a state company to take over the mining after EMH piloted the prospecting are simply not on and would probably land the Czech Republic with an arbitration case it would almost certainly lose.

Czechia has substantial deposits of uranium. Radioactive ore was mined here in the second half of the 20th century. Most of it was…