The Czech Republic’s communal elections, which will take place this Friday and Saturday, differ from their presidential and parliamentary equivalents in that citizens of other EU member states are also allowed to vote. This includes those living in the country on a temporary basis. However, interest in political engagement seems low among foreigners living in the country, with only a few thousand deciding to register. 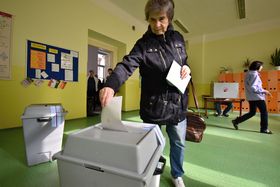 Illustrative photo: Ondřej Tomšů While EU citizens with permanent residence have been able to vote in communal elections since the country entered the EU in 2004, Czech law was unclear about whether those with temporary residency status can do so as well.

Following a court ruling in 2014 the Ministry of Interior issued a recommendation to local district councils that they accept applications from temporary EU residents.

Klára Pěknicová, from the Ministry of Interior’s press department, says that this policy remains the same.

“Neither this adjustment nor the practice has changed since the last communal elections in 2014. Voters from other EU member states, who are registered as permanent or temporary residents by election day at the latest, are allowed to vote in communal elections.”

The procedure is simple, the potential voter needs to contact the local municipal office and fill out a form requesting his entry into the permanent voters list. The deadline for registering to vote was on Wednesday and the latest available statistics, dated to August 2018, show that little over 3,000 EU citizens actually registered.

A very small number, given the fact that, according to data from the Czech Statistics Office, the temporary resident group alone made up more than a quarter of the 524,000 foreign citizens living in the Czech Republic in 2017.

Furthermore, only a tenth of the 3,069 registered voters in August was made up of these temporary residents. For perspective, that is just slightly over 0.2 percent of the potential voter base. Illustrative photo: Filip Harzer / Czech Radio Through flyers and Facebook events, Adéla Jurečková, from the migration programme of the Czech NGO Člověk v tísni has taken part in raising the awareness of EU citizens living in the Czech Republic that they can vote.

“It is very important that EU residents know about their right to vote and we think that this right and being able to decide about the place they live in is a very important component of integration in the country.

“Many foreigners have lived in Prague or other Czech cities for a long time and why shouldn’t they be able to decide about how this community is going to be governed? Also, Czech citizens have the same voting right in other countries, so it is just fair for all EU foreigners to have this possibility.”

Feelings on the subject ahead of the current elections have been split. With some parties creating videos urging EU citizens to vote, while others have warned against this expansion in voting rights to non-Czech citizens. 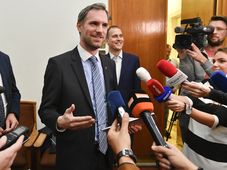 Prague’s new mayor will be the Pirate Party’s, Zdeněk Hřib. The announcement came on Friday at a press conference held by the three coalition… Political scientist Jiří Pehe: Babiš must be feeling he has hit his limits

The communal and senatorial elections were seen as a test of strength of Prime Minister Andrej Babiš’ ANO party, which has dominated…