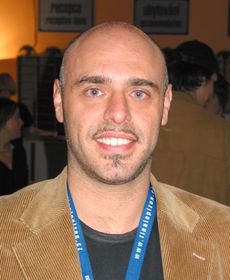 Lorenzo Aquaviva "The atmosphere is really, really fantastic, because one of the most important aspects of the festival is to get people together, to exchange ideas, and it's really a familiar atmosphere. Everybody's really friendly and helpful, so I'm really glad to be here."

That was Lorenzo Acquaviva, director of an Italian sci-fi film festival in Trieste. Audiences in Plzen are a colourful mixture of film professionals of all shapes, sizes and nationalities, alongside students, film-buffs and the stars of Czech film. One of the major aims of the festival is to help film distributors around the world as well as international festival organizers to get to know Czech film. Sergey Lavrentiev is director of two international film festivals in Russia. 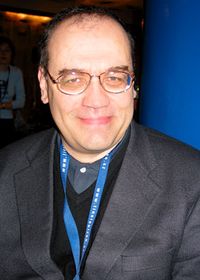 Sergey Lavrentiev "It seems to me that among other former socialist countries, the Czech cinema is the best. After the fall of communism, there is no feeling here, like in Hungary for example, or even in Poland, that communism is gone and there's no subject to make the films now. In the Czech Republic there are subjects, and the newcoming directors are interested in psychological problems, problems of communication between people. And they are not only interested in this, but they know how to make films."

This is a view fully shared by Martha Otte, director of the Tromso Film Festival in Norway. 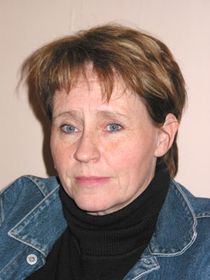 Martha Otte "The quality of Czech film-making is among the highest in Europe. I mean there are so many exciting things happening here, and the history of Czech cinema is also interesting for us, but number one is that we have an audience at our festival for Czech films. They're interested in Czech films."

What is it that makes Czech cinematography so special at the moment, that there are so many films being made, and they seem to be doing very well generally?

"In a way it's dangerous to generalize about Czech film, because I think there's diversity, but one thing that we notice from the outside is that there's something about Czech humour. The film-makers talk to the audience. Obviously the production quality is quite high. There's good photographers, there's good script-writers. The whole package is good. It's hard to generalize, but I do know that one thing that people comment on is the humour." 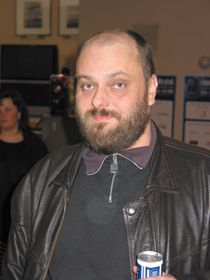 Petr Jarchovsky And there is plenty of humour in the film that's the biggest hit of this year's festival, "Pupendo", by the highly successful young director Jan Hrebejk. Given that the film is set in the grey, stagnant world of "real communism" in the 1980s the humour may come as a surprise. Petr Jarchovsky wrote the screenplay:

"Humour was the weapon we Czechs used to defend ourselves against that sad, grey and malevolent world. We like to use irony, to laugh at our situation. People outside may say that this is a way of trivializing things, but humour is the weapon we learned to use as a form of self-defence."

You can find details about the festival on the internet at www.finaleplzen.cz.