The Czech Republic ranks among the top 20 spam email senders in the world according to the most recent 2019 data analysed by leading threat researcher Cisco Talos. Some believe the problem stems from the general lack of concern for personalised IT security and there seems to be little the government can do about it. 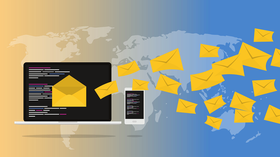 Photo: ribkhan, Pixabay Has a Nigerian prince recently asked you for financial help? Or has someone with a strange end to their email address contacted you about a gift you can claim?

Chances are that email was sent from the Czech Republic.

A recent analysis conducted by Cisco Talos Intelligence Group, the threat research branch of US technology giant Cisco Systems, found that every 160th spam email is sent from the Czech Republic.

Jan Krupička from the Europe in Data project shared the details of the findings.

“According to the analysis from the Talos Intelligence Group, the Czech Republic was the 10th biggest sender in February. More current data shows it fell to 15th place since then.”

It is quite the paradox that a country which is home to Avast, the most popular antivirus vendor on the market, is also one of the biggest spam email senders in the world.

What makes the unfavourable ranking worse is the fact that the Czech Republic is the smallest state among the top 25 spam origin countries, says Mr. Krupička. That means a larger percentage of computers likely serve as spam proxies.

He says he believes that the main cause may be a low level of threat perception among average users.

“We suppose it is due to the lack of concern about personalised IT security. Nowadays, a lot of spam is sent from botnets. From the networks of infected computers, where users are unaware their computers are being used for some mysterious goal, in this case spam sending. 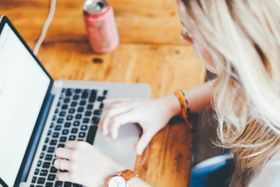 Photo: Pixabay/janeb13 “Furthermore, a Eurobarometer that was conducted two years ago, ranked the Czech Republic as the country with the second lowest concern for cyber criminality.”

Because botnets can be administered from anywhere outside the country, using Czech computers simply as proxies from which to send the spam, there is little the government can do about it, except perhaps to launch a large awareness campaign says Mr. Krupička.

Sending spam is illegal in the Czech Republic and companies, which have been caught, have had to pay millions of crowns in damages in the past.

However, Milan Habrcetl who works at Cisco’s Czech branch says that spam is likely to remain common.

“It is still the number one way of delivering some threats to end-users. Spam as an automated procedure is cheap for hackers and attackers in general.”

He says that out of every 20 emails sent in cyberspace, 17 can be classified as spam, a tenth of which carries an infected document or link. It is for this reason that emails still remain the largest cybersecurity risk.

The danger of cyber-attacks on key infrastructure was made clear in the Czech Republic on Wednesday, when one left a small-town hospital…