Could the Czech Republic soon profit from a “state-wide metro system”?

Experts and politicians agree that high-speed railways are vital for the future of the Czech Republic. Current plans envision a network that would not just connect major Czech cities with other European capitals, but also regional centres with Prague, increasing development across the country. The target is to have three high-speed rail lines by 2025. 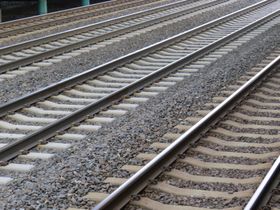 Illustrative photo: Accretion Disc via Foter.com / CC BY During his December visit to Morocco, Czech Prime Minister Andrej Babiš tweeted that he was taking a TGV train on a newly finished line from Casablanca to Rabat.

It was the latest in a series of promotions for high-speed rail networks, which the PM has been pushing for years.

In fact, his government’s manifesto states planning out their introduction as one of the main targets in its strategic investment plan.

One of the men active in advising the government during the ongoing planning process is railway expert Jiří Pohl from Siemens Mobility. He says the Ministry of Transport currently envisions two core functions for the high-speed rail network.

“First of all, the target is to connect the Czech Republic with Europe and second, to connect major cities and regions within the country. It is cleverly thought out, because the basic lines follow established historical lines such as the Via Caroli, or the Amber Road from Poland through Moravia to Vienna. So the planned tracks fulfil both an interstate as well as intrastate function.”

Currently, the European railway system is made up of two sub-categories. These are conventional lines, which have a speed of between 160-200km/h and high-speed railway lines that travel at speeds of 350km/h.

Mr. Pohl says the latter could be available to Czech passengers in six years.

“The first three sections of the Ministry of Transport’s plan are currently being prepared for construction. These run from Prague to the east, as well as southwards from Ostrava and Brno. We are hoping that these three 350km/h routes will be finished by 2025. Further construction could then follow, in order to complete the entire high-speed railway network.” 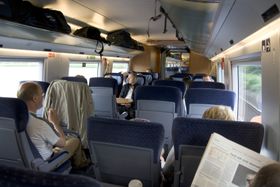 Illustrative photo: Maxim75, CC BY-SA 3.0 Not long ago, trains were seen by many as a 20th century form of transport, but the number of passengers using them in the Czech Republic has been growing significantly in recent years.

Mr. Pohl says the inclusion of high-speed trains could not only increase their number further, but also boost regional development, spreading important institutions and company offices across the country.

“Why are there plans for a government quarter in Letňany? Because there is a metro there. Look at Prague today, you have banks and suburbs in areas where there used to be nothing, because today’s transport infrastructure makes it possible. Our plan is based on the same concept. We would like to create a sort of state-wide metro system, which will make it possible for regional centres to house important state institutions or companies. If I can get there in half an hour, it doesn’t matter whether it is in Prague or another city.”