The Czech civic initiative Covid19CZ was formed just a few weeks ago to try to harness technological, medical and engineering know-how to help stop the spread of the novel coronavirus and treat patients in critical condition. The volunteer project now looks set to deliver open-sourced ventilators to Prague hospitals in a matter of days. CoroVent ventilator, photo: archive of Covid19CZ Covid19CZ is comprised of founding members of IT companies and their colleagues, who enlisted the help of experts in a range of other fields –including biomedical research scientists, hospital doctors working in Intensive Care Units, and engineers specialising in electronics and manufacturing.

The non-profit initiative launched a crowdfunding campaign asking Czechs to “help save lives of moms, dads, grandfathers and grandmothers”. The goal was to develop an open-sourced, lost-cost ventilator from readily available parts, so as to prevent production bottlenecks, and to deliver them to hospitals free of charge.

Covid19CZ raised its CZK 10 million seed-money target within 24 hours, with the help of over 7,000 donors. The prototype ventilator, developed under its CoroVent project, was completed on Saturday.

Initiative co-founder Pavel Doležal, the CEO of data analytics firm Keboola, says he is confident – despite the possibility of “fail points” – that the first batch already will be delivered to hospitals next week. He says the Ministries of Trade and Health are now both backing the project.

“The Ministry of Trade has been very helpful. They want to support us financially, and with sourcing material, etc. and today we should finalise that the form of that support.

“We still need tens of millions of crowns to build it. The whole thing should be open-sourced for the [coronavirus] crisis. We are already in talks with large institutions all around the world, and everyone is waiting for the design – because there are not many others that would prove to be safe, functional on such a scale.

“The critical thing is we need to have 10 [certified and] working before we open-source it.”

So, the goal is to have them open-sourced and also to be 3D printed at least in part, is that correct?

“3D printing is helpful, but the goal is to have a design specialised for coronavirus that is safe and easy to use during the crisis – so, it has fail-safes built in. There is a shortage of nurses, so that’s one of the things we have to think about. But also electricity is in higher demand…”

Covid19CZ hopes to start producing the first 100 CoroVent units on Wednesday. They were developed drawing on 25 years of developmental work done at the Czech Technical University’s faculty of Biomedical Engineering, under the leadership of Prof. Karel Roubík, who immediately joined the Covid19CZ team. 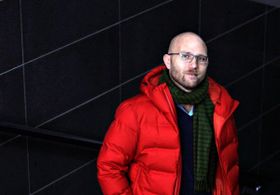 Pavel Doležal, photo: archive of Keboola “You know, I have to say that I’m very proud of this Czech endeavour. … It’s one of the few projects launched by the tech community that builds on decades of professional knowledge, and has done it with a professional team of medical and other engineers and doctors.

“That has resulted in a totally new design not from our ‘geeky’ community – not, ‘Hey, let’s 3D print something’ – but arises from doctors saying, ‘Hey, this is what we need to save lives. This is what is safe and what is not safe.’ And only then how do we bring others into it.

“The professionalism took much so much by surprise. It has taken my breath away.”

They have also developed a “smart quarantine” app using anonymous data supplied by financial institutions and mobile operators, and established a special call centre for notifying people they have come into contact with an infected person (who has voluntarily supplied their phone number). 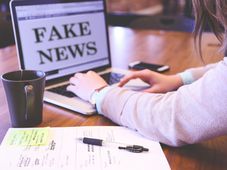