A Slovak court has once against put the spotlight on the communist era past of ANO leader Andrej Babiš. It’s verdict scrapping past rulings that cleared his name of being a secret police agent comes just over a week ahead of Czech elections. 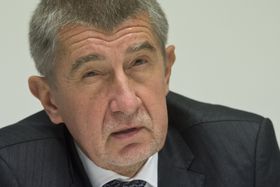 Andrej Babiš, photo: CTK Slovakia’s Constitutional Court effectively axed the decisions of earlier courts which cleared Andrej Babiš of being an agent of the former communist secret police, the StB.

The case has been sent almost back to the starting point when in 2014 a Bratislava court ruled that Babiš had been wrongly listed in documents held by Slovakia’s National Memory Institute as an agent for the secret police. The Slovak born Czech politician had lodged his legal protest two years earlier against the institute in an attempt to clear his name.

The Slovak keeper of the communist police archives had found a series of 12 documents which it said pointed to Babiš recruitment as an agent, under the code name Bureš, and his active role in spying and passing on information about those close to him in the 1980s when he worked for a state foreign trade company.

Thursday’s ruling though means that any new court action, which Babiš has already pledged to launch, will be slightly different. For one thing the Constitutional Court ruled that a series of former StB police officers whose court statements previously did so much to clear Babiš’ name should not have been accepted as evidence. Those former officers were too compromised by their past and should not be relied on as objective witnesses.

And the Constitutional Court added that the original case should not have been brought against the National Memory Institute at all since it is merely a keeper of archives and not responsible for their content or interpretation. The institute, as such, should therefore not be at the centre of a new case.

The ANO leader reacted quickly to the ruling, saying that he regretted that the court cases would re-start. And he suggested that the timing of the ruling, just over one week ahead of Czech elections to the lower house of parliament, was not by chance, adding that his Czech political rivals were taking advantage of their Slovak connections. 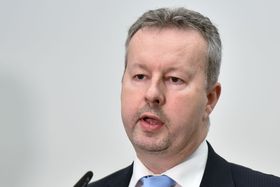 "It’s not a verdict or finding of guilt, all that’s being said is that this battle goes back to the beginning after five years and that the court is mostly dealing with procedural issues."

Even if the ANO leader were found to have been a former communist secret police agent it would not disqualify him from being prime minister or a member of the government under the current Czech rules.

Nonetheless, there were a chorus of reactions from other Czech political leaders that with such a shadow about his past, Babiš is not fit to be prime minister or a government member. He is also facing criminal charges of fraud connected with European funds. Most political analysts though say the pre-election furore will barely dent ANO’s poll lead and he still looks likely to be the next prime minister.