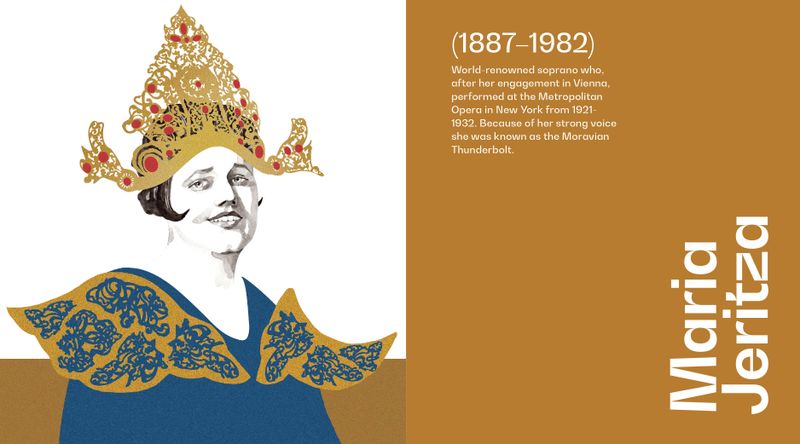 World-renowned soprano who, after her engagement in Vienna, performed at the Metropolitan Opera in New York from 1921-1932. Because of her strong voice she was known as the Moravian Thunderbolt.