Will “Made in Czechoslovakia” make a comeback?

Although the idea was rejected by new Slovák President Andrej Kiska on his visit to Prague in June, the export banks of both countries have not given up plans to revive the Made in Czechoslovakia designation. The deciding factor is the former Czechoslovakia’s good reputation, but not all agree bringing back the name is a good thing, for obvious reasons: the Czech Republic and Slovakia have been separate countries since 1993. 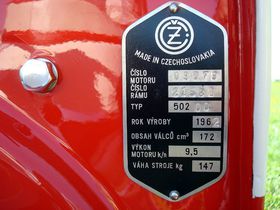 Photo: Petr Dadák, CC BY-SA 2.0 According the export banks, the Made in Czechoslovakia mark still enjoys a good reputation, and not just in countries within the former Soviet bloc which historically had good economic ties with the former socialist country. As a brand, more than nostalgia is at stake and both the Czech Export Bank (CEB) and Slovakia’s Eximbank want to work together in using the traditional designation on markets where Made in Czechoslovakia, supporters say, still carries weight and a marked advantage

The financial daily iHned itself suggests that Czech manufacturers such as Jawa motorcycles or Aero Vodochody, the export of children’s films and other areas of business could still benefit from the old Made in Czechoslovakia label, but others disagree. Slovak President Andrej Kiska, himself a former businessman, suggested back in June that the Czech Republic and Slovakia were far better off building up their export profiles separately, saying that Made in Czechoslovakia was firmly a thing of the past. Certainly, the question of likely confusion caused by referring to a non-existent state has not been adequately addressed: as it is, it took many long enough to get used to Slovakia and Czech Republic being separate to muddle their heads again. Still, it has its backers. 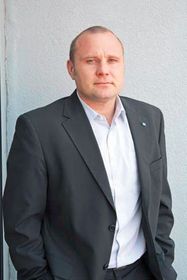 Tomáš Měřínský, photo: Association of Complete Plant Suppliers iHned cites Slovak Prime Minister Robert Fico, in contrast to the Slovak president, as being a supporter of the idea, and quotes from an interview by Ekonom with the head of the Association of Complete Plant Suppliers, Tomáš Měřínský, where he suggests in many of areas, not least difficult markets, the Made in Czechoslovakia brand could offer a major advantage.

As it stands, the Czech Export Bank provides a safety net for companies doing business in higher risk states, with up to 44 percent of all loans being provided in former Soviet bloc countries. Turkey is second, with 15 percent, followed by Georgia, Azerbaijan, and Ukraine, iHned said. 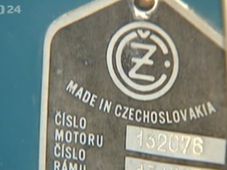 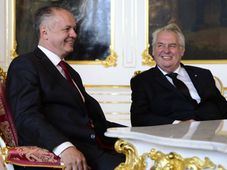 Slovak president rejects return of “Made in Czechoslovakia” label

Andrej Kiska, the new president of Slovakia, has rejected the idea of reviving the long-defunct “Made in Czechoslovakia” label for…