A variety of public and private projects have sprung up in order to help the Czech book market, heavily impacted by the coronavirus pandemic, get back on its feet. Among them is an initiative to get the public to support their favourite small bookstores through purchases and monthly stipends for authors.

Czechs regularly rank among Europe’s most prolific readers in various studies. One of the more recent surveys, conducted by the Nielsen Admosphere agency in 2018, claimed that 78% of Czechs read at least one book per year and that the average Czech adult reads 13 books a year.

It is therefore perhaps unsurprising that the Czech book market has been growing steadily between 2 to 4 percent over the past five years, in a climate of more general economic growth. However, when the COVID-19 coronavirus hit the country in March and the government resorted to implementing a series of lockdown measures, bookstores were forced to suddenly close and publishers had to limit their operations, or completely halt production.

Although book shops were allowed to reopen at the beginning of May, the whole sector has been hit hard, with losses during the near two month lockdown amounting to tens of millions of crowns.

Even now, the book market is operating at just half of its normal size and, according to the Association of Czech Booksellers and Publishers (SČKN), losses caused through the coronavirus could be as high as CZK 3 billion by the end of the year.

The association’s latest annual report stated that there are around 540 bookstores in the country, the majority of them small, independent shops. Their share compared to large retailers had already been dropping before the pandemic, but the coronavirus induced lockdown seems to have had a particularly savage effect on these types of stores.

To help them survive, book retailers and publishers under the leadership of Euromedia Group have launched the “Become a Hero – Save a Bookstore” (Staň se hrdinou – zachraň knihkupectví) campaign.

In it, publishers have chosen to give up some of the profits they receive on their most popular titles, with bookstores receiving CZK 10 more from each book sold. In total 80 books have been selected. They are featured in a catalogue which is delivered to people’s homes. Those interested in buying one or more of the books can then also choose which bookstore they would like the extra proceeds to go to and thus support. 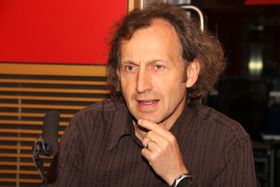 Martin Vopěnka, photo: Šárka Ševčíková, Czech Radio Another support measure that the Association of Czech Booksellers and Publishers has been lobbying for is that the state completely removes the current 10 percent VAT rate on book sales for a period lasting at least until the end of next year.

According to the head of the association Martin Vopěnka, this is because there will be big pressure on increasing book prices as the amount of copies published per title will be reduced. However, this is unlikely to happen, with Finance Minister Alena Schillerová telling Czech Television that EU rules do not allow bookstores to be exempt from VAT.

Instead the state has announced it will support the book market by other means. Culture Minister Lubomír Zaorálek included small publisher support in his culture sector rescue package, which he has proposed to the government. Meanwhile, he hopes large publishers will be able to find support from other government programmes. 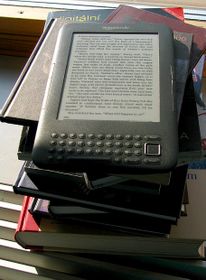 Photo: Štěpánka Budková Meanwhile, the Czech Literary Centre (Czech Lit), a relatively new public institution aimed at propagating Czech literature at home and abroad has announced its own form of support. Czech Lit Director Martin Krafl told Czech Television that the organisation has dedicated CZK 560,000 from its budget to provide 16 Czech authors with a monthly stipend of CZK 20,000.

Earlier this month, in an interview with business and technology focused news site Czech Crunch, Václav Kadlec, the head of the country’s largest publishing house Albatros, said that the lockdown had resulted in a serious cash flow problem for the book market. Those publishers that had not created reserves during the preceding period of economic growth were suddenly completely unable to operate as there was no money supply to use as payment.

It should be noted that, according to a survey made on behalf of the Czech news site Blesk.cz, e-book sales increased by 1,100 percent. A huge increase on paper, but not enough to cover losses as the market share of e-books on total book sales in the Czech Republic was still a fraction of that held by printed titles.

Mr Kadlec said he does not expect e-books to overtake printed book sales any time soon, although a bigger market share could be bitten off by audiobooks.