Two out of three Czechs say waiters must earn their tip

Things have improved dramatically in the past 30 years as far as service in restaurants goes, but you still come across irritable waiters, with long faces who make a good job of ignoring guests for as long as possible. According to a recent survey by the STEM/MARK agency two out of three Czechs say waiters must earn their tip, but only one in five people leave the customary ten percent of the bill. So are waiters rude and unwilling because Czechs are skimpy or are Czechs skimpy because waiters don’t give proper service? 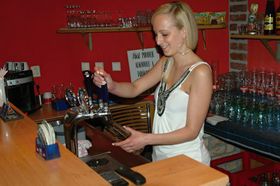 Illustrative photo: Jaroslav Mach Rude, slovenly, waiters who were slow to serve and disappeared for ages at a time were not uncommon in this country; a sorry legacy from the communist years and something Czechs had pretty much learned to live with. Now, almost thirty years after the fall of communism the picture looks much brighter and Czechs have learned to expect much more in terms of service. However many Czech waiters would still be surprised to hear that the word tip originated from “To Insure Promptitude”.

According to a recent survey by the STEM/MARK polling agency two out of three Czechs say a tip must be earned, and are not uncomfortable about not leaving one if they are not happy with the service provided.

The standard tip for waiters or waitresses in the Czech Republic is still 10 percent of the bill, but only one in five clients leave that amount. Seventy percent of clients generally leave 20 to 40 crowns – roughly one to two dollars – while the rest – if they give anything at all, merely round-off the bill, giving the waiter under ten crowns to save him or her having to fork out small change.

The size of the tip usually depends on the service provided, but there are other factors involved. For instance 17 percent of men admitted that when they are out on a date they give a much higher tip than usual to make an impression on the woman they are out with. One in five women said they pay attention to how their partner tips staff and “rate”” them accordingly. 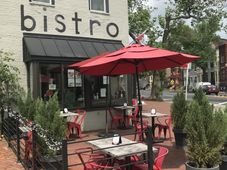 Czech restaurant in Washington reopens after two months of lockdown

US states are gradually easing restrictions imposed to contain the spread of coronavirus. As life slowly returns to normal, Czech Radio…