2017 is turning out to be a good year for Prague’s hoteliers, who have managed to raise their prices to previously unseen levels. Meanwhile, occupancy rates also mean that rooms are producing a markedly higher yield than in the past, according to a report in the business daily E15. 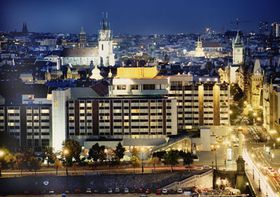 Photo: CzechTourism The average price of a hotel room in the Czech capital climbed by EUR 6 in the first six months of this year to reach EUR 86 per night, the newspaper said, quoting data produced by the company STR Global.

The general director of the city centre hotel Radisson Blu Alcron, Michal Chour, told the daily that it was a “fantastic” year. The industry will finally manage to do even better than in 2007, the last year before the world economic downturn, Mr. Chour said.

Prague’s hotel stats place it top of the rankings among the former socialist bloc metropolises of Central Europe.

However, in this respect the Czech capital continues to lag some way behind Western Europe, where average room prices tend to exceed EUR 100 a night.

The head of the Olympik Hotels group and vice president of the Association of Hotels and Restaurants, Vlastislav Šos, says there is still significant room for price growth in Prague.

One reason for this, according to Mr. Šos, is the fact the crown has been gaining in strength against the euro while Prague hoteliers offer foreign clients prices in the common European currency. Another of the city’s draws is that it is regarded as a safe destination, he told E15.

The number of foreign guests taking rooms in Prague hotels grew from 2.7 million in the first half of 2016 to 2.9 million in the same period this year.

Radisson Blu Alcron’s Michal Chour says another factor is an international trend under which guests are leaving it later to book rooms as they respond increasingly to immediate impulses.

Mr. Chour says the most profitable hotels are those whose managers keep vacant rooms for as long as possible and don’t attempt to secure bookings a long time in advance.

In the past the trend was precisely the opposite, with hotels focused on ensuring at least partial occupancy before the season began, leading them to sell rooms more cheaply in advance.

The growing hotel market is also attracting fresh investors. According to consulting firm Cushman & Wakefield, investment in hotels in the Czech Republic amounted to 166 million euros in the first half of 2017, the second largest volume in the region after Poland.

The largest transaction in the region has been the acquisition of Prague’s Marriott, which was sold earlier this year for about EUR 90 million, E15 said. 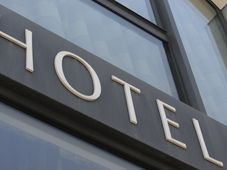