Škoda Auto has unveiled the latest version of its best-selling Octavia model, due to roll out on the domestic market by year’s end, in time for the model’s 60th anniversary. The company says it aims to sell over 25,000 new Octavia on the Czech market in 2020. 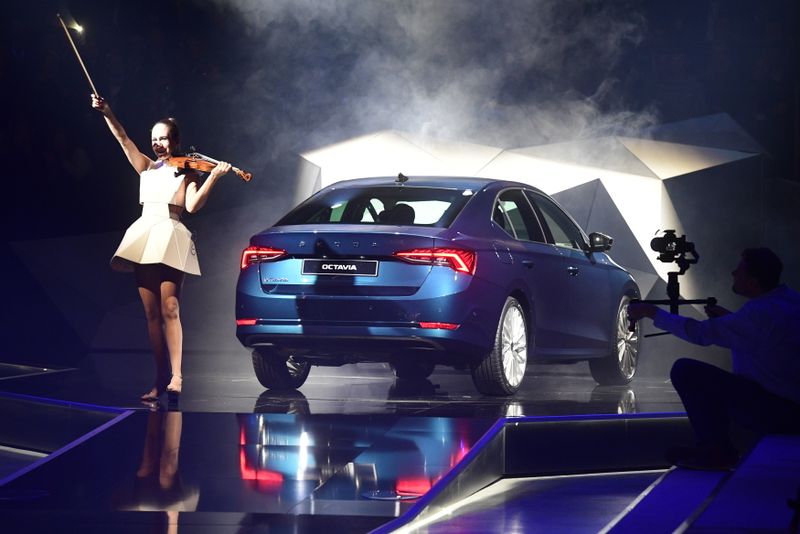 Photo: ČTK/Roman Vondrouš The production of passenger cars in the Czech Republic rose by 0.7 percent year-on-year in the third quarter of 2019 to over 1 million units, with growth pulled mainly by Škoda Auto – the country’s leading exporter – and TPCA, a joint venture of Toyota, Peugeot and Citroën.

Škoda, a subsidiary of Germany’s Volkswagen Group, says the fourth-generation Octavia model is larger than its predecessor and will also be available in hybrid fuel and sports versions, in meeting with changing market demands.

The Octavia is the Czech sibling of Europe’s best-selling car, the Volkswagen Golf, and the liftback is on the higher end of the compact segment when it comes to size. Photo: ČTK/Roman Vondrouš Resellers will begin accepting orders at the end of November, when they will also publish a complete price list. The current Octavia sedan model can no longer be ordered and its manufacture will stop in December.

Production of the Octavia combi will continue until the 14th week of 2020, but the Laurin & Klement and Active versions can no longer be ordered.

Škoda Auto, the biggest Czech car producer, raised its domestic production by 2.5 percent to 670,156 cars in the first nine months of 2019.

The Octavia has long been the best-selling model of the Mladá Boleslav car manufacturer and is its longest-produced model. Introduced in September 1996, over 6.5 million units have been produced to date.