“Republic” bonds get off to good start

The Finance Ministry has announced that orders for the special “Republic” bonds, issued to mark the centenary of Czechoslovakia late last year have exceeded 3 billion Czech crowns. A second issue of the bonds has already come on the market. 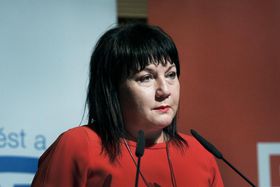 Minister Schillerová, told the news site Novinky she greatly welcomed the interest from the public, noting that citizens clearly viewed the Czech state as a trusted partner and the bonds as a safe investment.

The minister has set her sights high, planning three issues of the bonds and saying that orders to the tune of 80 billion crowns would be a “very good result”. This would roughly equal five percent of the overall state debt. However the minister did not specify a timeframe for the set goal. 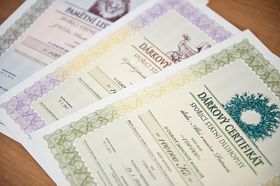 Photo: Filip Jandourek, Czech Radio Financial experts note that while the 2.1 % interest rate barely covers inflation, the bonds have low liquidity and the 15 percent tax does not add to their attraction, state bonds are a safe investment which clearly appeals to the largely conservative Czech investor. Another aspect which may help make this issue a success is the patriotic note struck by the Finance Ministry in presenting the ”Czechoslovak centenary bonds” with many people buying them as gifts for their children and grandchildren.

The second issue of the bonds went on the market on this week, with people able to place orders until March 15th. The third issue is planned for March 18th until June 14th.

State bonds for households were reintroduced in 2011 by then finance minister Miroslav Kalousek and between 2011 and 2014 they sold to the tune of almost 106 billion crowns. In the years that followed people gradually collected their investments and only around 5.2 billion worth of the original bonds remain in public hands.

The Czech government plans to obtain finance in the wake of the coronavirus crisis through loans and the sale of bonds, the minister…

The Supreme Audit Office has highlighted a requirement imposed on corporate tax payers that may serve no purpose. For its part, the… When your word is your bond

The new Czechoslovak state created from the debris of WWI understood one thing from the outset, that a fundamental factor in the prosperity…