Prague’s Václav Havel international airport is set to undergo some major changes within the next few years, the daily Hospodářské noviny reported on Wednesday, citing development plans of the airport’s operator, Letiště Praha. 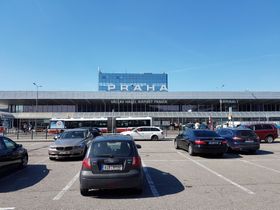 The buildings should be constructed in the southern part of the airport, near the D6 motorway to Karlovy Vary. A new hotel with approximately 200 rooms will also be built in that part. The whole complex should cover an area of approximately 5,400 square metres, with construction works set to start as soon as 2022.

“We are currently holding negotiating about building a dental clinic or a plastic surgery in the area, which would respond to the growing interest of foreign tourists in Czech medical services,” Letiště Praha spokesman Roman Pacvoň told Hospodářské noviny.

“If a public tender is successful and we find a suitable partner, construction could begin within the next three years,” he added.

The new parking facilities, to be built at the site of the current bus terminal, should increase capacity by around 1,000 parking places. Their construction is part of Letiště Praha’s plan to increase the overall capacity of the airport. In 2026 it could clear up to 21 million passengers and within the next 20 years their number could increase up to 30 million.

Further development of Prague’s Václav Havel airport, which last year cleared a record 18.8 million passengers, is being slowed down by insufficient connections to the city centre. According to Mr Pacvoň, the new complex of building is strategically important to keep visitors within the area.

The area surrounding the airport should further develop after a railway connection to Prague Airport is completed. The connection, which will be part of an existing line to Kladno, central Bohemia, could be completed within 10 years at an estimated cost of 31 billion crowns. 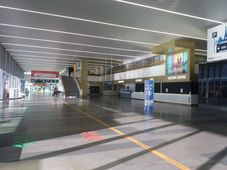 Air traffic over Czechia drops for first time in decade

Air traffic over the Czech Republic, which is one of the densest in Europe, has dropped for the first time in a decade, the Czech news…