The fall of communism 30 years ago and the transition to a market economy had a major impact on many Czech producers and even the country’s iconic brands. Some of them failed to survive the tough competition they suddenly faced, others adopted a fresh strategy and stayed at the top. Czech Television recently presented a list of the winners, such as the companies Eta, Kofola or Botas. 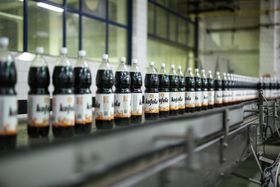 Photo: archive of Kofola One of the best-known pre-1989 trademarks that survived the transition to a market economy is the company producing the soft drink Kofola. It first saw the light of day when the pharmaceutical company Galena Opava was tasked by the communist authorities to produce a soft drink that would rival Coca Cola and Pepsi, unavailable in the communist bloc. The resulting Kofola drink not only survived but is now making 7 billion crowns in profit annually.

The washing-up liquid Jar also goes back to the communist days. It was named after the company directors Janeček a Ranný and was the sole washing-up liquid on the market under communism. In 1991 the company was acquired by Procter and Gamble, but the production of the iconic Jar remains in the town of Rakovník. 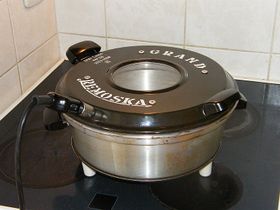 Remoska, photo: Jiri Svoboda, Wikimedia Commons, Public Domain The sports footwear company Botas was established in 1949 –then under the name Botana. It was well-known not only in Czechoslovakia but also in the other countries of the Soviet bloc. Few people know that in the communist days Botas was the only company in Europe which made sports shoes for Adidas and Salomon to be sold under their trademark. The footwear business has a long tradition in the Czech lands and thanks to the skill of its employees Botas survived to put out its own line of iconic shoes after the Velvet Revolution. Today the company produces sports shoes for hockey, ice-skating, skiing and a variety of other sports.

Another success story is that of the Remoska an electric mini-oven with the cooking element housed in the lid which originated in Czechoslovakia. The first Remoska prototypes were made in 1953–1955. Remoska cookers were produced between 1957–1990 at a Karma factory in Kostelec nad Černými lesy. In 1994 the production facility was sold and production then moved to Frenštát pod Radhoštěm. The Remoska gained popularity in Great Britain and Poland and in 2002 the mini-oven started selling in Canada, the USA and Australia. 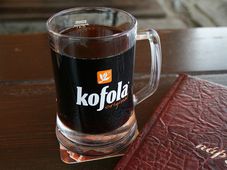 Czech soft-drink producer Kofola has increased its sales to 5.5 billion crowns, which is the best results in the company’s history.…