The Czech Republic is currently experiencing something of a boom in garlic production. Over the past five years, the area of garlic fields under cultivation has multiplied nearly ten times. Photo: Ladislav Bába For many years, domestic garlic has been in low supply in the Czech Republic and as a consequence it was sold for record high prices. The situation was so bad that garlic farmers had to guard their fields night and day to prevent thieves from stealing the bulbs before they were able to harvest them.

In recent years, however, garlic production has been on an upswing. According to the daily E15, the area of garlic fields has multiplied eightfold over the past five years, and it is expected to increase even further, though at a slower pace.

While in 2011, garlic fields under cultivation totalled some 67 hectares, this year, that amount has advanced to 136 hectares. According to the estimates of the Ministry for Agriculture, farmers harvested around 2,000 tonnes of garlic this year, which is about 150 tonnes more than last year. In 2011, that figure amounted to just over 1,400 tonnes.

According to Ministry of Agriculture spokesman, Hynek Jordán, the growth has been fuelled by an increasing demand for domestic garlic by Czech consumers. Mr Jordán told E15 that to fulfil the demand, the garlic fields could expand bz around a further 1,000 hectares.

Tomáš Kačala, who works as a vegetable buyer for Tesco supermarkets, told the daily that Czech consumers used to buy imported varieties sold for lower prices but gradually started to prefer Czech garlic, which has less cloves and a stronger taste. There are currently some 25 varieties of Czech garlic available on the market.

As a result of the Czech garlic boom, the amounts of imported garlic has been decreasing. Last year, 5400 tonnes of garlic were imported, compared to over 7,000 tonnes in 2012. The growing amount of Czech garlic has also been pushing down its price. While the average price per kilo was 200 crowns in 2012, this year it is around 130 to 140 crowns. 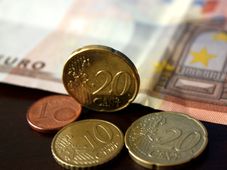 In Business News: the Czech economy contracts by 1.0 percent in the 1Q, the second-worst result among 19 EU states; the country’s ombudsman… During the summer season many towns around the Czech Republic compete for tourists by putting on all kinds of festivals. Some towns…

Garlic farmers in the Zlín and Litoměřice regions are being targeted by thieves. In a number of cases, perpetrators have entered fields…