Companies in the Czech Republic will have to accurately track their employees’ working hours. Otherwise they will come under pressure from trade unions armed with a new European court ruling, iHned.cz. reported on Thursday. 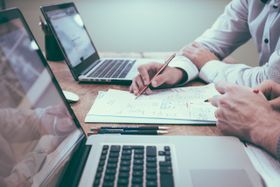 Photo: Pixabay, Public Domain A decision delivered by the European Court of Justice on Tuesday orders employers to keep precise records of their staff’s hours, regardless of what kind of work they do.

The ruling is in effect an effort to enforce the European Working Time Directive, which blocks employers from forcing staff to work over 48 hours a week and grants at least 11 consecutive hours of rest in every 24-hour period.

Workers can opt out of the directive if they wish to work more hours but can also opt back in without limitations. They can also cancel an opt-out agreement they have made, even if they have signed up to it in a contract with an employer.

Union chiefs in this country are planning to capitalise on this decision. The president of the Czech Confederation of Trade Unions, Josef Středula, told iHned.cz that his officials were aware of many cases of employers keeping two sets off books – one recording actual hours worked and the other fixed to meet legal requirements.

This situation often concerns people employed as wait and bar staff or in hotels and guest houses and is common practice in the hospitality and tourism industries, he said.

Mr. Středula told iHned.cz that union officials were seeking solutions with employers. However, it is up to employees to reject this state of affairs, while labour inspectors also need to crack down it, he said.

Zdeněk Tomíček of the Association of Small and Medium-Sized Enterprises said a popular approach in the service industries was for staff to agree to contracts under which a certain amount of overtime is included in their salary.

Mr. Tomíček told the news website that the important thing was that records be kept. Practice shows that methods differ depending on second and size of company. Small firms in particular like to minimise administration, he said.

The business leader said that the European Court of Justice’s verdict was most likely to impact large enterprises, which are more frequently subject to inspection.

According to iHned.cz, business inspectors carried out over 5000 checks in 2018, with around 450 focused on adherence to working hours.

Shortcomings were uncovered in 581 of the total number of inspections, with firms fined a total of CZK 921,000. 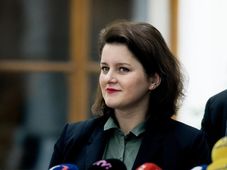