Unemployment in the Czech Republic again declined in October, falling to 2.8 percent. The number of jobless last month was 215,622, the lowest figure since July 1997, according to information released by the Czech Statistics Office on Thursday. 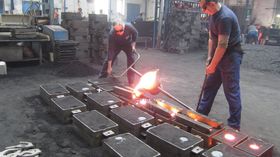 The country’s chronic labour shortage continues, with the number of vacant jobs in October reaching close to 316,900.

The Czech Statistics Office said that employers were still crying out for staff, adding that seasonal work was still going on and the tourist season was still being felt.

Mr. Seidler said that the arrival of winter and the end of seasonal work were likely to lead to a mild rise in the number out of work.

Both the number and share of long-term unemployment fell in October. Since that month last year, there has been a decline of 7.6 percent in the number out of a job for 12 months or more. Compared to October 2016, the decline has been over 11 percent.

The director general of the Office of Labour, Kateřina Sadílková, says the numbers show that the stage agency is succeeding in finding positions even for clients who had, for instance, “lost motivation and aren’t interested in working.”

The lowest unemployment rate in October – 1.8 percent – was recorded in the Pardubice Region. The South Bohemian and Plzeň regions had jobless levels of 1.9 percent while in Prague it was 2.0 percent.

At the other end of the scale, 4.4 percent of the workforce in the Moravian Silesian Region and 4.3 percent in the Ústí nad Labem Region were not employed last month.

The Ústí nad Labem, South Moravian, Olomouc and Moravian Silesian Region had more people out of work than vacant places in the tenth month of the year.

The district with the lowest unemployment in the entire country was Rychnov nad Kněžnou in the Hradec Králové Region, with only 1.1 percent.

The chief economist of Czech Fund, Lukáš Kovanda, pointed out that according to the latest internationally comparable data, the Czech Republic still has the lowest unemployment rate not only among European Union countries but also among OECD states.

Of those countries, only Japan and Iceland show a comparable, albeit slightly higher unemployment rate, Mr. Kovanda said.