Overshadowed by the events in Ukraine, European heads of government are nonetheless meeting in Brussels with a view to hammering out an energy and climate change policy until 2030. A head on collision between countries backing an ambitious deal on several fronts and those, like the Czech Republic, calling for a more cautious and simplified approach looks like making any deal impossible. 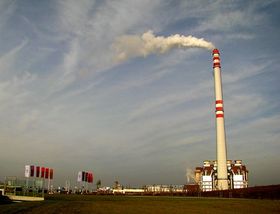 Photo: Barbora Kmentová A last flurry of lobbying by major power companies, including state controlled Czech electricity producer ČEZ, preceded the start of the EU heads of government meeting in Brussels on Thursday and Friday.

In reality, though the clear lines have already been drawn up for several weeks over the European Commission’s proposals for follow up climate change and energy measures until 2030 to curb global warming.

The choice is a significant one for traditional energy companies and major users of power like heavy industry. The first are looking measures that would put the energy market back on track, as they see it, by at least curbing the impact of cheap renewable power and the disruption its fluctuating production can cause. The second want a halt to electricity price rises they say are hampering them against non-EU competitors and putting them out of business.

Broadly speaking, Germany is sticking with the spirit of its fundamental energy market switch out of nuclear power and into renewables. It heads a coalition of countries which are backing the European Commission’s call for a 40 percent cut in carbon emissions compared with 1990, 27 percent share of renewable power production across the EU, and new targets for energy saving and efficiency.

At the start of March, Germany’s Ministry For Economic Affairs and Energy said that 12 other EU countries had joined it in already expressing their support for the three-way Commission proposal aimed at setting ambitious climate change targets which the US, China, and other major polluters might sign up to.

The Czech Republic has already marked itself out as part of a second group, calling for a single carbon reduction target but no new renewables goals. Czech government policy makers are broadly hostile to renewable power following a solar boom in the country caused by high guaranteed prices which local electricity consumers will be paying dearly over many years to come. Although the main fault was in the Czech choice of how to meet the EU renewables goal, all talk of further targets has been compromised.

Prague’s position is shared by Central European partners Slovakia, Poland, and Hungary. Part of divide stems from the simple fact that countries like the Czech Republic and Slovakia are more dependent on industrial production for Gross Domestic Production than other EU countries and fear they have a lot more to lose from ambitious climate change targets. Germany, whose heavy industry has been relieved until now of the burden of paying the full cost of electricity for higher priced renewables, argues that further expansion of the sector can create jobs and new markets.

When the dust settles at the end of the council meeting on Friday, the picture might be a clearer on the order of battle and what eventual compromise might emerge. But with the Commission not expecting a deal before October, there is still plenty of time for the arguments to be drawn out for a few more months.

Czech geologists and geophysicists have been hard at work drilling the deepest geothermal borehole in all of central Europe. The borehole,… 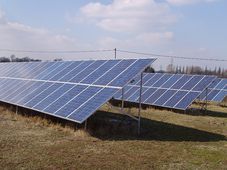