Production of passenger cars in the Czech Republic dropped by a record 88.5 percent year-on-year in April to 14,589 units, the Czech Automobile Industry Association announced on Tuesday. In the period between January and April, production dropped by over 30 percent to 337,497 units. 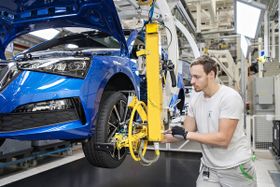 Production of the country’s second largest car manufacturer Hyundai dropped by 35.4 to 65,890 units, while the Kolín-based TPCA (a joint-venture of Toyota, Peugeot, and Citroen) produced a little over 53,200 cars, which is over 31 percent less than in the previous year.

“The expected dramatic fall in April production is not just bad news for final producers, but for the whole supply chain. A gradual restart of production will not save the current problems,” says Bohdan Wojnar, president of the Czech Automobile Industry Association. 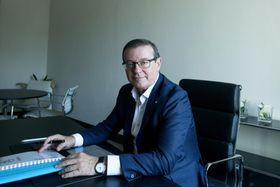 Bohdan Wojnar, photo: Michaela Danelová, Czech Radio “Sales of new passenger cars in the European Union dropped by 76 percent in April. Due to a close interconnection of the supply chain across the whole of Europe, and a strong dependency of the automobile industry on the inner market, the production process has been disrupted on all levels.”

According to Mr Wojnar, the drop in the productivity of the automotive sector will have a negative impact on a number of other sectors. He also says that the measures adopted to mitigate the impacts of the pandemic should remain in place.

The sales of passenger cars within the whole of Europe dropped by a record 76.3 percent year-on-year in April, the first full month with Covid-19 restrictions in place. According to the European Automobile Manufacturers Association, it is the biggest monthly drop in car demand since records began.

The Czech Republic’s automotive industry accounts for nearly a tenth of the country’s economic output and a quarter of exports. It provides around 400,000 jobs, when taking in the employees of indirect suppliers.