Czech bus manufacturer sees profit of more than one billion

The domestic bus manufacturer Iveco Czech Republic, based in Výsoké Mýto, has a good reason to be satisfied, revealing this week the firm boosted sales by 20, percent last year to 13.35 billion crowns, with profits increasing by almost 10 percent to 1.04 billion. The news was confirmed by the firm’s director, Pavel Pachovský, this week. 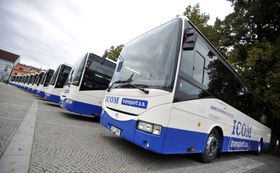 Photo: CTK The coach builder last year rolled out 3,165 new busses, the most in a single year in the firm’s 25+ year history; by comparison, the firm produced 2,773 of the transport vehicles in 2012. A total of 93 of the busses were made for export to Germany, Italy and France. The record result was influenced by an increased demand for Euro 5 emissions limit vehicles. The two most popular bus models were the Crossway and Citelis.

Iveco next year will celebrate 120 years since inception. The firm was founded by Josef Sodomka. After the communist takeover in 1948 the company was re-named Karosa and began to focus solely on bus production. Models produced included busses from the legendary 706 RTO line. The firm was renamed to Iveco in 2006. The firm has a little under 2,000 employees and an additional 900 or so temporary workers; an additional two thousand or so work for subcontractors for the bus manufacturer. 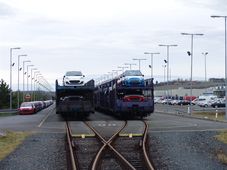 The Prague transport authority has begun testing out hybrid buses produced by the company Iveco. Trial usage of vehicles made by Solaris…

The Czech Ministry of Defence has signed a contract with the truck-maker Iveco for 90 light armoured vehicles. The deal is worth CZK…