Czech booksellers are reporting a significant rise in online sales of books and board games, following the closure of mortar-and-brick stores due to the coronavirus outbreak. At the same time, book-sellers warn the surge in online sales can hardly cover the loss in physical book sales. 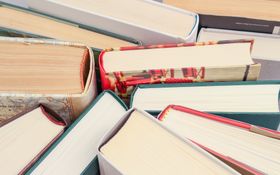 Photo: Pixabay / CC0 With thousands of people stuck at home due to the government‘s preventive measures against Covid-19, on-line sales of books, mainly fiction and children’s literature, have seen a sharp increase.

One of the country’s leading book-chains Luxor reports a roughly 25 percent rise in online orders. According to its spokeswoman, Ivana Oberhofnerová, the average value of the order increased by around 20 percent.

"One of our best-selling titles these days is a thriller by Daniel Cole called Endgame. The author was supposed to come to Prague to present his new book and attend a book signing event in Luxor, but the event had to be cancelled," she told the Czech News Agency.

She says they have also seen a surge in audiobook sales, board games and card games as well as stationery products.

"We have seen an interesting trend in that customers who have been shopping for decades only in our brick-and-mortar stores are going on-line for the first time," says the company’s marketing director Adam Pýcha.

According to Mr. Pýcha, the best-selling titles include Penelope Bloom’s romantic comedy His Banana or the self-help book by Mark MansonThe Subtle Art of Not Giving a F*ck.

One of the Czech Republic’s leading online retailers Alza.cz also reports a surge in sales of printed books and e-books by several dozen percent. They have also recorded a three-fold increase in sales of construction toys and board games.

Despite the increase of on-line sales, Czech book-sellers fear that the current situation could lead to a collapse of the country’s web of local bookstores, which could result in the fall of the entire book market.

Last week, leading representatives of the book selling industry turned to Prime Minister Andrej Babiš, asking for a full coverage of losses caused by the restrictive government measures against COVID-19.

They say a revival of the market will only be possible months after the measures are lifted, and a resurgence in the book market may only came as late as the Christmas season. That could lead to mass redundancies, but also to the end of many businesses active in the sector.

A variety of public and private projects have sprung up in order to help the Czech book market, heavily impacted by the coronavirus… 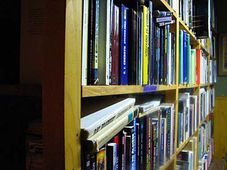