The massive price differences offered by mobile phone companies to corporate clients, who can then pass them on to employees, and those charged to the man in the street have prompted one Czech council to act. It reckons the price chasm between corporate and ordinary users now comes to something like 90 percent of the final price. 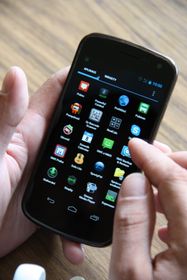 Photo: Barbora Němcová Brno-střed (central) has become the first in the country to call on mobile operators to make offers for supplying unlimited calling, SMS, and the possibility of up to 5 gigabits of data for a maximum price of 300 crowns a month including VAT. Operators have a little less than a month, to December 7, to make their offers with the council saying they will choose the cheapest bid made.

The concept is not totally new, local councils and regions have staged auctions for their gas and electricity supplies for a few years now, often setting maximum prices for bids well below the costs of their current contracts. In many cases, offers have come in well below the maximum ceilings set. The Czech telecommunications watchdog has given a fairly non-committal comment that it cannot judge the concept as yet.

The council is banking on the collective purchasing power of its around 90,000 citizens squashed into a very compact area. That, it reckons should be an appealing enough prospect for the mobile operators.

One of the council’s executive board members heading the project, Svatopluk Bartík, say the move should also highlight the fact the Czech consumers are currently getting a poor deal from the mobile phone companies compared with callers and Internet browsers in other countries. He highlighted the fact that in neigbouring Poland T-Mobile is offering unlimited calls and SMS for 1.20 crowns and 5 gigabits for 250 crowns as long as a two year contract is signed. The offers for half year contracts are even more advantageous. It added that the Austrian company Vectone offers 1000 minutes of calls and 1000 SMS messages as well as 3 gigabits of data for just under 10 euros a month.

The big question, of course, is the reaction from the major operators to the council’s challenge. The big three, sometime just the big two, phone operators have often been criticized in the past for their apparent cartel like behaviour when fixing charges for most of the population.

The mobile operators could simply decide to ignore Brno’s tender invitation altogether. They will surely realise that if one council can run with the concept and make it a success others will follow and in very short order a very large part of their earnings could evaporate. A few years ago, various local councils in Prague came up with the idea of offering free Internet to their citizens. The mobile phone companies soon rolled out their legal heavy weaponry arguing that this threatened their earnings and their past contracts with the state and the councils quickly retreated. 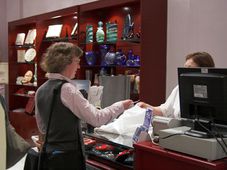 Nearly half of the Czechs who were quarantined after returning from Italy, broke the government order, data released by an independent…