Availability of good jobs around country keeping commuting down in CR

Around a million Czechs commute to work every day. However, most people resent time spent travelling to their place of employment and the majority of those who have the chance to find a decent job closer to home jump at the opportunity, the newspaper Právo reported. 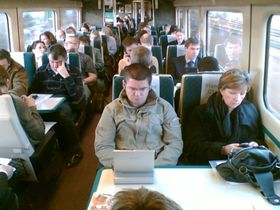 Photo: Paul Holloway,CC BY-SA 2.0 There are plenty of positions on offer in the majority of Czech regions and firms are constantly making fresh hires, a fact that explains why the number of people commuting to other cities or towns has not changed significantly in decades, the newspaper said.

Interest in travelling to work did not grow even when, in 2016, the state brought in an incentive for commuting of up to CZK 3500 a month. Last year a mere 2,000 people took part in the scheme.

There has also been low interest in state benefits offered to those who relocate to find work, Právo said. Around 70,000 households applied last year for the scheme, under which the maximum pay-out is CZK 50,000.

A survey by employment agency Randstad found that a third of those who commute to another city, town or village from their place of residence are considering seeking a new job.

Sociologists point out, however, that commuting most often takes place within the Czech Republic’s bigger cities. For example, getting from one side of Prague to the other takes as much time as getting to Plzeň, which is 90 kilometres away, Právo said.

Half of Czech employees spend around 20 minutes getting to their place of work. This makes proximity to one’s place of residence a major factor when it comes to considering job offers, suggests a study from employment agency Grafton Recruitment quoted by Právo.

Jitka Součková of Grafton Recruitment said Czechs were traditionally less likely to commute to work than people in Western Europe.

The fact that younger people are entering the labour market should be reflected in an increased willingness to travel to work, though this is cancelled out by the availability of good opportunities around the country, she said.

Ms. Součková added that in any case young people were more likely to relocate completely, mainly to the capital Prague, to find work. 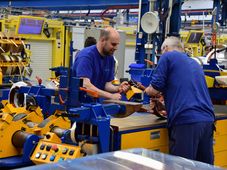