A classic of childhood in 1970s Czechoslovakia now out in English

One of the most popular Czech writers of the last two decades has been Irena Dousková. Her short novel Hrdý Budžes has become a classic, with its touching and humorous portrayal of childhood in 1970s communist Czechoslovakia. Now the book is available in English translation, thanks to Melvyn Clarke, who talks to David Vaughan about the book and his work translating and promoting Czech writing today. 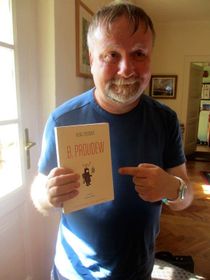 Melvyn Clarke, photo: David Vaughan Melvyn Clarke has been living in the Czech Republic for the best part of three decades, having studied Czech and Slovak at the University of London. His work has brought him into contact with many other translators, and this led him in 1999 to set up the online forum Czechlist, which has become an invaluable tool for people working between Czech and English. So, before we entered the rich literary world of Irena Dousková, I asked Melvyn how the forum is faring, eighteen years after its foundation.

“Although we started off with a narrow circle of translators, we have expanded quite a bit these days, and we also include all kinds of language professionals – teachers for example. I find that teachers and translators always have a lot to tell each other. We also have editors and enthusiasts who just have a general interest in language.”

“That’s right. It’s basically a discussion group for any aspects of translation. We’ve got a pretty broad remit these days.”

Can you give us a couple of examples? 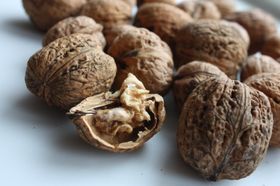 Oříšek literally means ‘nut’, photo: Barbora Němcová “The Czech word ‘oříšek’ comes to mind instantly, being the term they use for a little problem. Whenever you get an issue like that being put to the 2,500 members that we have, I always say, put two translators in a room and you’ll get three different answers. So, with oříšek we had ‘a tough chestnut to crack’, for example.”

Which makes sense, given that oříšek literally means ‘nut’…

“Yes, and we have a very nice search facility, so for something like that you’ll be able to find half a dozen or possibly a dozen answers.”

Do you have any interesting examples from your literary translations – words or expressions that you have managed to translate by putting your 2,500 heads together? Photo: Matěj Baťha, CC BY-SA 3.0 “From my latest translation work we had the issue of ‘trampské písníčky’. The word ‘trampování’ is well known, of course.”

And it has its origins in the English word ‘tramp’.

“These can be the worst problems actually – English words that have been taken over and where the meaning is slightly different from what it was originally. So, we all ended up arguing – we’re a bit manic obsessive occasionally! We were wondering: is it rambling? Is it hiking? Is it tramping? I can’t give you any definitive answers. What I plumped for in the end was ‘rambling’, because it has a nice family picnic feel to it that suited my particular context at the time. Context is a word that we always bring up. It is a problem, when you have something that is culturally specific like that. Do you try to ‘English’ it? Do you belong to the ‘Acacia Avenue’ school of translation that tries to make everything too familiar, or do you try to ‘foreignize’ it? Do you want it to look a little odd in an English context? I tend to go for the foreignization.

“I came up with another little problem – the expression ‘kulturní dům’ – ‘house of culture’. It sounds pretty odd if you translate it literally, but I wanted it to sound odd. I wanted it to convey the alienation that some people felt in the 1970s. What’s the English-language equivalent? Your guess is as good as mine. ‘Community centre’ maybe?” 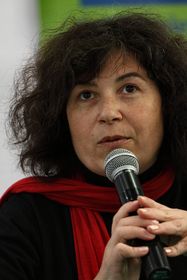 “This is the problem. So, when faced with a choice between cosiness and a slight feeling of oddness and alienation, I’d often go for the latter.”

Which brings us to your literary translations. This is where you are solving these problems. Tell us about some of the translations that you have enjoyed taking on.

“I’m currently working on a loose trilogy by Irena Dousková, following the life and times of Helena Součková, a girl who grows up under normalisation – the communist 70s and 80s. It’s a fascinating insight into the early lives of today’s adult Czechs – and even into the lives of the younger generation, who are directly influenced by their parents’ hang-ups. Some people might feel this is all a little remote. Why should we get caught up in the lives of people from the 1970s? For me it’s surprising how universal this experience is. People’s everyday problems – whether to conform to the regime in all respects or only in some areas, whether to follow the official line all the time or compromise, whether just to accept what’s imposed on them as normal, to accept ‘normalisation’ – these are things that people still have to deal with in their everyday lives today.” 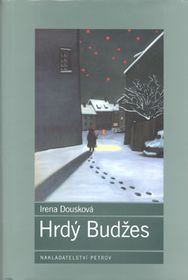 Photo: Petrov Publishing The first book in the trilogy, called Hrdý Budžes, was an immense hit when it was first published in the Czech Republic some twenty years ago. It has an element of nostalgia, but it is nostalgia for a time that it is hard to feel nostalgic about. In fact, reading the book you often feel a huge sense of relief that we are living in different times.

“Yes. I find generally it was pretty awful, what they had to go through, but Czechs are not all miserable about it. On the contrary, people carried on living their normal lives – and that comes out very clearly in the book. Although the book is describing some pretty awful scenes, there is a laugh in almost every paragraph.”

And the Czech title of the book, Hrdý Budžes, is virtually untranslatable, because it is a misunderstanding on the part of the little girl. She thinks that it is the name of a hero, ‘Proud Budžes’. In fact it is part of a longer slogan, which you have translated rather cleverly as ‘B. Proudew’, with B. Proudew as a name, but ‘Be proud you…’ also being the first half of a sentence.

“Yes. It’s what they call a mondegreen – a mishearing. ‘Hrdý buď, žes vytrval’ – ‘Be proud you persevered’. The narrator goes through the entire novel thinking this is some kind of hero – Mr B. Proudew.”

“Harold would be a nice translation! There’s a neat, wry twist at the end of the book, when she suddenly realises that her leading light has been a mishearing, which I suppose is a symbol of what people lived through at the time.”

Can you read us a short extract from the book?

“The background is that Helena, our chief protagonist, suddenly comes face to face with her classmate who died recently:”

I saw Olinka Hlubinová standing behind the shop window and frowning at me. She had a long white dress on and a white face, and she was holding a piece of paper with no picture and it was all white too. And I wanted to run away, but I couldn’t. Olinka said, “Give me my watercolours back or I’ll haunt you until you’re a dead body too.” And I said, “Olinka, I’m really sorry. I haven’t taken any watercolours from you. I’m not even in your class. I only have the old ones that Kačenka gave me for the first form.” “Someone has stolen my watercolours and I can’t paint any more,” Olinka said and she was quite cross. “So I’ll give you mine if you want,” I said and I took off my satchel and gave them to Olinka. “All right,” Olinka said, “and promise you’ll never draw as nicely as I do.” “I promise,” I said and ran off home, cos now I was able to. And I fell twice. 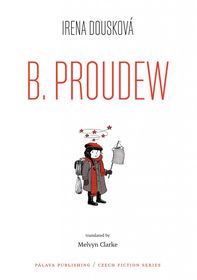 “That’s a nice little insight, yes. And you can’t please everybody. Perhaps that’s one of the morals…”

… and you certainly can’t please someone who’s dead.

“Yes, and it’s not the only spooky episode in the book. That aspect of it isn’t always brought out in the publicity, I find. There are quite a few very dark clouds in there.”

The book is the first of a trilogy. Will we have a chance to read the second and the third book in English as well?

“I’m currently working on the next one, the sequel, which carries on during Helena’s teenage years. ‘Oněgin byl Rusák’ – ‘Onegin was a Rusky’ is the title. And in a way it’s quite different. This is why the whole series might be called a loose trilogy. She’s no longer the completely confused and slightly out-of-this-world eight-year-old. She’s now fourteen, when the novel starts up, much more worldly, but still with the same wry humour, still with the same insights into what’s going on around. 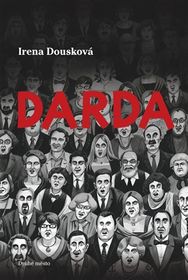 Photo: Druhé město Publishing “The third book in the trilogy is ‘Darda’ and hopefully we’ll get round to that as well. She’s an adult, married, but in the classic situation where she’s not entirely happy with the new world that’s opened up for them in the 1990s. That promise of freedom seems to have gone sour. A familiar tale unfortunately.”

And Hrdý Budžeš – B. Proudew – has been published by Pálava Publishing, which is a small and new Czech-based independent publisher.

“That’s right. They started up last year, but there is more in the pipeline. Again, it’s popular rather than cerebral literature. I know in the past there have been some great works – I don’t want to put them down at all – by Kundera, Klíma and Hrabal. These are names that are well-known. These are excellent names to build on, but some of it is quite cerebral, and I think that there’s an awful lot of popular literature that we can publish. Michal Viewegh is really well-known here. His ‘Dodgeball’ – ‘Vybíjená’ is coming out, translated by David Short, so we can look forward to that. And, as I said, ‘Onegin was a Rusky’ is due out some time soon.”

In this week's One on One I'm joined by Melvyn Clarke, a Czech-English translator from the British city of Manchester. Melvyn's grandfather…