Art education in Czechia: envy of the world

The Czech Republic has a unique system of education in art. Tens of thousands of talented children attend hundreds of schools that specialize in music, performing arts, and dance. Instruction costs parents only a symbolic tuition fee and is largely covered by state funds. 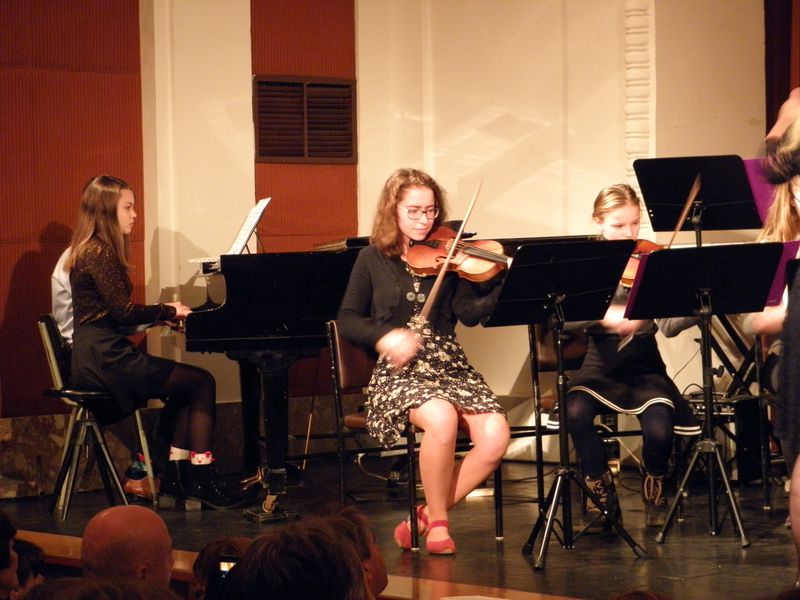 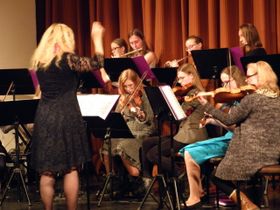 Concert - Elementary Artistic School - Zdar nad Sazavou, photo: Archive of the František Drdla's Elementary Artistic School A small concert hall is packed with students and parents. The performances of the young players might not be on the highest international level, but what they lack in virtuosity they compensate for in enthusiasm. Similar school children's concerts are not unusual in other countries. But we are at one of the hundreds of state-sponsored elementary art schools that specialize exclusively in music, painting, and dancing. Dana Foralová is the principal:

“Our Elementary Artistic School is named after composer František Drdla and is one of the larger schools of this type in our region. We have some 750 students in 4 main departments: music, visual arts, dancing, and literature and drama. More than half of them study music, about 40 attend classes in literature and drama, 130 students learn artistic dance and the rest visual arts. The number of teachers goes up and down a bit but right now we employ 28 educators.” Dance performance - Elementary Artistic School Zdar nad Sazavou, photo: Archive of the František Drdla's Elementary Artistic School Thus, even in a small town of some twenty thousand inhabitants, talented children have the chance to develop their talent under the guidance of professionally qualified teachers. Classes take place in the afternoons so that they do not interfere with regular school hours. Parents pay only a relatively small fee since art schools are mostly financed from state and municipal budgets.

Pavel Michael Zemen is a young professional artist with an international reputation. He also teaches music at one of the most prominent music institutions in Europe: the Janáček Academy of Music and Performing Arts in Brno, the second-largest Czech city.

“I can say I have experienced all levels of Czech music educational system both as a student and teacher. I taught at elementary artistic schools for six years, I have been teaching at the public Brno Conservatory for some years now. And as a postgraduate Ph.D. student, I also teach at Janáček Academy. The longer I teach the more I realize how important the elementary artistic schools are. Of course, if we did not have them, some other private institutions would fill their place. But the system as it exists now makes it possible to work with the huge musical potential we have because the Czech Republic produces an unbelievable number of very talented young people.” 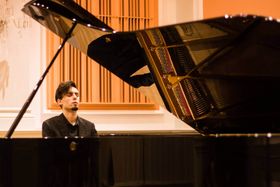 Pavel Michael Zemen, photo: Archive of the Janáček Academy of Music and Performing Arts in Brno The network of elementary art schools plays a crucial role in creating a broad support base for future professionals as well as giving pleasure to the music-loving public in the country. Pavel Michael Zemen again :

“I do not think this network has a parallel in any other European country. To me and I hope most other people professionally involved in this field these schools are not here only to teach reading notes and playing instruments. The children come to learn how to behave at social events, at concerts, they learn to understand and appreciate music. We are educating new listeners, intelligent young people.”

This year alone, the Czech government is going to subsidize this unique network of art schools by some 7 billion crowns, or nearly 300 million dollars. As yet, no one has questioned the fact that the billions of public funds spent on the running and upkeep of art education are a good investment in the future and culture of the Czech people. The Czech Republic boasts a unique network of art schools focused on music, ballet, drama and visual arts. The institutions, which…