"Hiroshi - Tears in the wind" - as the film is called - tells the story of the friendship between a little boy from a city and a man who hosts him in his cottage in mountains, far away from civilization. Even though the story is very simple, it nicely depicts the feelings of a little child who learns about nature and builds a new relationship to another person.

Bretislav Pojar liked the story as well, and agreed to animate it.

"In my own youth I was a big fan of woodcraft, so this story of a little child in the mountains and nature is very familiar to me."

But the story takes place in Japan, it is a story of a Japanese boy. Wasn't it difficult for you to understand it?

Can you compare this film to any other films you have made in the past or is it something very different?

"It is very different. This is a sort of documentary story without big dramatic moments. It is only a description of a summer in the mountains. So it was very difficult and I was curious how the film would turn out."

Is it easy to tell the same story to children from different countries, different cultures?

It is sometimes difficult. The spirit of children is different; the spirit of the nation and of the language is different. But if you are happy and you find a good story, it is possible." 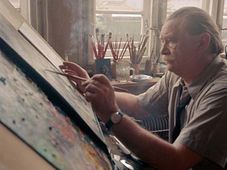 Jiří Trnka: an artist who turned puppets into film stars

It would be hard to meet a Czech whose childhood was not touched (perhaps unconsciously) by the art of Jiří Trnka, a painter, puppeteer,… 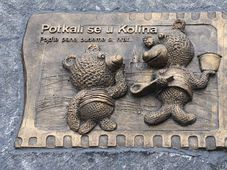 The central Bohemian town of Kolín, some 60 km east of Prague, was the scene of an unusual ceremony on Sunday. Local enthusiasts unveiled…

Anifest, a weeklong festival dedicated to animated film has fast become a firm fixture on the Czech cultural calendar since it was…