From Monday people in a long-term relationship with – but not married to – a Czech can come to the Czech Republic from states not on the government’s list of relatively safe states with regard to Covid-19. However, a number of conditions apply for such stays, which can be of up to 90 days. I discussed how applicants qualify for this exemption with Petra Trousilová, who has been crusading for divided couples to be reunited within the international campaign “Love is not tourism”.

“According to what is written on the websites of the Ministry of the Interior and Ministry of Foreign Affairs, couples have to prove a stable relationship – that they had a home together before, that they shared a household.

“They have to prove it by a rental agreement, or a joint account, or ownership together of something.

“It is also written there that one of the proofs can be proof of holidays spent together. 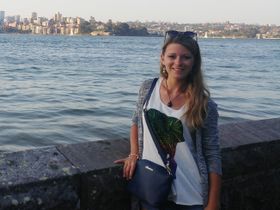 Petra Trousilová, photo: archive of Petra Trousilová “That’s a little bit confusing, because, OK, this is a proof – but then they have to send a request with this proof and a solemn declaration regarding their relationship.

“On this solemn declaration is written exactly, I swear that I have had a shared household with this person – and then they fill in the name.

“So apparently proof of holidays spent together, for example, is not enough. Because then they would be lying about the shared household.”

I guess a lot of people, if they have a relationship with somebody in another country, they don’t live together but only spend some time together?

There were some couples who were living together but were forced for some short-term reasons to be apart.

“This was right before the pandemic, so he has not been able to enter back.

“So for this kind of couple this rule will apply.

“But unfortunately there are not so many of them. And of course this rule doesn’t apply for many couples, because many of them are living separately, especially because of studies or work.

“And they are planning to get married and start a life in the Czech Republic, but they didn’t have the option yet.”

I saw on the Facebook page of the Ministry of Foreign Affairs that many people were complaining about the conditions. They said that they’re too strict and that, for example, if you have to get a visa – for those who require a visa – it’s hard to get to an embassy, and then the embassies maybe don’t handle them very quickly. But I’m sure the Ministry would say, We’re in the middle of a pandemic – we have to have strict conditions. 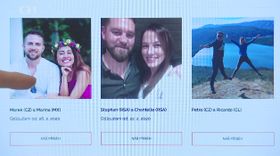 Photo: Czech Television “I agree that this is not a really easy time and that yes, we have a pandemic.

“But in the Czech Republic especially, the peak of the pandemic was a couple of months ago, let’s say two months ago, one month ago, though I know the situation is getting a little bit worse again.

“But you have to consider that, exactly, we are in a really hard time and it’s really hard to be alone in this situation.

“There are also cases of families who couldn’t be reunited.

“So I understand, and I guess everybody else does as well, that in the beginning, when this was an absolutely new situation, the borders were shut and everybody agreed with it.

“But now it’s been seven months for some of them and I think this can’t keep going on until we will have, for example, vaccinations. It’s too long.” 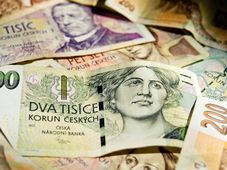 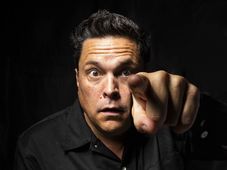 The accidental diplomat: Dom Joly on his “magical” year in early ‘90s Prague